The Game Changers Documentary Review
Debunked or Not?

Switching from a meat-based diet to a plant-based one is such a big move since many in the industry are used to meat and dairy being the undisputed king and queen of protein source.

Luckily, documentary films are now made available for you to be able to come up with a resolution – to remain on a meat-based diet or go vegan.

And coming across this page, I bet you’ve already watched it and got some opinions of your own.

In this article, I’m going to dig deeper into the strong and weak points of the film to help clear out any confusion  before you commit to going vegan (or not).

What It Gets Right

The documentary ​prides itself on well-researched and peer-reviewed studies. ​Honestly, the rate at which it flashes text and links to sources and scientific analysis is, at times, ​distracting.

Here, let’s talk about its strong points and discuss some of the science that backs them up.

​Veganism ​and muscle building can go together

This is the first strong point of the film.

​Animal protein is conventionally known as the only effective source of protein. And the more meat you consume, the more protein you get. The Game Changers ​attempts to break this norm of animal meat protein being the only useful protein source.

It’s crucial to combat the stereotypes and images built up with terms such as “soy-boy” and review the connotations that go with it.

So, to address this, the group behind The Game Changers has taken the time to present ​that muscle gaining out of a plant protein is entirely possible. ​

​Presenting interviews with​ key people like athletes (see also ‘Vegan Football Players in the NFL Thriving on the Plant Based Diet‘) and men performing incredible feats of fierce strength is, in my opinion, an effective way to deliver. 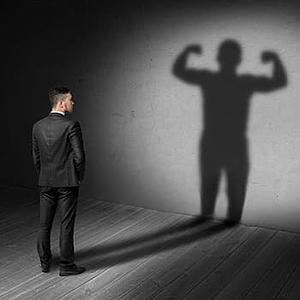 The Game Changers spends time interviewing doctors and professionals on the relationship between testosterone and eating a plant-based diet to explain the concept better.

​Althouh most would have assumed​ insisted that soy intake and a vegan or vegetarian diet would lower testosterone and make you less “manly,” the science ​say otherwise [1][2]. 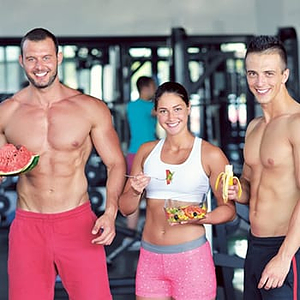 To dispel the myth that you cannot compete with animal products for protein at a professional level, The Game Changers brings in athletes (see also ‘How To Become The Ultimate Vegan Triathlete‘) from many different fields and ​shows just how strong and competitive they genuinely are.

While the critics may claim that the majority of their input, advice, and testimony are all anecdotal and lacking in substance.

The fact remains that there is an ever-growing number of athletes (See Teen athletes) who are achieving the same if not better results by ditching animal protein and following vegan or vegetarian diets.

While there are a growing number of scientific studies that go a long way to proving that the effects of plant-based proteins are every bit as healthy and effective as animal protein [3]​.

​The documentary has found a good way of pulling a broad range of details on the subject of vegan and vegetarian diet from a lot of different sources and studies. Note that it only offered the vegan or vegetarian diet as an option to be accepted, not as a mandate.

For many, the environmental effects caused by a meat-centric diet and the unsustainability of that in the long term is a major reason for eating more plants. This is a strong argument in favor of the vegan diet, and the science behind it is relatively bulletproof [4].

​Proving that we can exist and excel on a plant-based diet is the main focus of this film, and backing this up with irrefutable science and study lends a great deal of weight.

However, only a short amount of screen time is spent exploring the green argument, and even less is allowed to the ethical reasons behind a vegan or vegetarian diet.

This was done deliberately to make it seem more accessible to a wider audience.

While those decisions make sense cutting down the run-time and honing the film with a simpler and more marketable message, and it does detract a little from the argument when the reasons behind the vegan movement with the most scientific consensus are side-lined.

​Veganism is not a fad, it’s backed up by science

The documentary begins by examining the habits and diets of the most famous (check out our list of 5 celebrities you may not know are vegan) professional athletes on the planet, the gladiators. This makes sense, given its focus on MMA fighters and other athletes from competitive sports.

Why gladiators, you ask?

An interesting study proposed that the Roman gladiators were primarily vegetarian. Yes, fruits, vegetables, and other plant foods [5].

Later on, the film looks into the science of our biology that proves that majority of people who eat animal and plant products actually consume a much significant amount of plant-based food on a regular basis. [6]

I wasn’t surprised by this fact, but knowing that a lot of people don’t realize this was an eye opener. 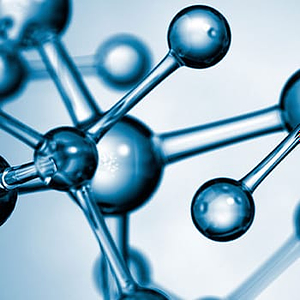 ​Interestingly, a day before The Game Changers was released, a study claiming that red meat and processed meat are not as bad for your health as you’re lead to believe hit the mainstream media. The study had obvious red flags and the author was ​previously affiliated with the food industry [7, 8].​ ​

​People have concluded that it may or may not be a marketing ploy.

​Whatever the intent was, the effects of these foods as known cancer risks and their impact in regards to heart disease remains a scientific fact with resounding evidence to back it up.

The film provides its audience with an alternative protein source to animal meat, proteins, and dairy products and one that can work for your nutrition just as well with the added benefit of being friendlier to the planet ​and your health.

What It Gets Wrong

With any documentary (see also ‘Bad Vegan: Review‘), facts can indeed get skewed, and conscious or unconscious bias can mean you are only painted half the picture.

This documentary has a very obvious and plain to see leaning towards that of the vegans’ diet being beneficial to health and performance, and so some of what it sets out to achieve is at times dulled by the way it sets out in doing it. Let’s look a little deeper.

​The overall tone​ is seemingly frail

As mentioned above, the ​film should be commended for using loose terminology and avoiding, for the most part, painting the issue as vegans vs. non-vegans.

​With that, it already does a good job of inviting a more casual or interested audience into listening to the ​discussion ​around the plant-based diet.

However, by doing right, you can still be seen by many to be doing wrong. In skirting the issue to focus on the scien​tific details and health benefits of the diet, it is criticized by both the plant-based community and the meat eaters as seeming a little wishy-washy. 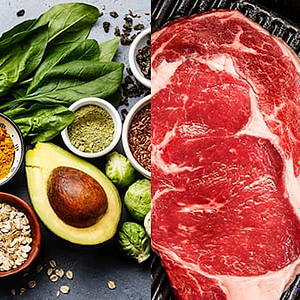 ​It slightly tailors some facts

We have looked a little into the science that the documentary has gotten right or at least mostly right. However, the scientific community ​constantly evaluates the details presented in the film.

While the arguments and studies presented by the documentary do have cited references of research and studies to back them up, it is also true that many conclusions are cherry-picked​, ignor​ing articles and reviews that may contradict their findings.

Take the introduction on the gladiators as one example; this is an abstract based on findings and implies they had a ​diet high in carb and calcium supplements and possibly ate less meat than the average ​person. It does not conclude that they were all super-powered vegans, as the documentary might want to imply.

There is also the “experiments” on the three athletes and comparison between their blood and erectile strength eating bean vs. meat burritos. These studies do not account for any other possible variables; they may make for compelling evidence and work on screen.

Still, they don’t constitute an airtight ​​argument as I, as a vegan, would expect.

Another criticism lobbied against the documentary is that a vast majority of the people funding and making this film have vested interests in the plant-based market.

A valid counter-argument is that they are simply putting their money where their mouth is and practicing what they preach by investing in what they believe in (Best Vegan stocks to invest in).

​Even so, it should be noted that the producers, James Cameron and his wife Suzy Amis Cameron, are the founders of Verdient Foods, an organic pea protein company.

In a similar vein, all of the doctors and experts featured have some affiliation with a product or service promoting the plant-based protein diet.

​This is why​ a lot of critics labeled the interviews of ​known athletes in the film, like Arnold Schwarzenegger, Jackie Chan, Novak Djokovic, and even the presenter James Wilks, ​as merely anecdotal and overall, invalid.

While it proves that it is possible to achieve great things following a vegan diet, it doesn’t necessarily mean it is better for your health or heart, just that is is an equal or viable alternative to animal meat ​and protein.

The World Health Organisation recommends “a nutritious diet based on a variety of foods originating mainly from plants, rather than animals.” The Game Changers does a great job of presenting a counter-argument to the meat-centric narrative and science that has been primarily funded by an industry looking after its interests for years.

The criticisms lobbied against it are mostly from personalities and entities who ​resist being told that their diet or eating habits (see eating glycerin), might be harmful to them or the world around them.

When held up to any real scrutiny, they mostly fall apart. ​Several strong rebuttal articles have been published since the release of the film [9].

A plant-based protein diet is not only a healthy (see teens) and viable alternative to the meat-based and dairy products for the average citizen, but it can work for athletes and competitive sports enthusiasts as well. ​

The Game Changers is far from perfect​; still, it does a great job at smashing some of the misconceptions and myths ​about plant-based protein and its efficacy in professional sports, its the relationship to “masculinity” and testosterone, (see sage estrogen blockers) and its health benefits.

Watch it with an open mind and weigh the data against your findings and beliefs.