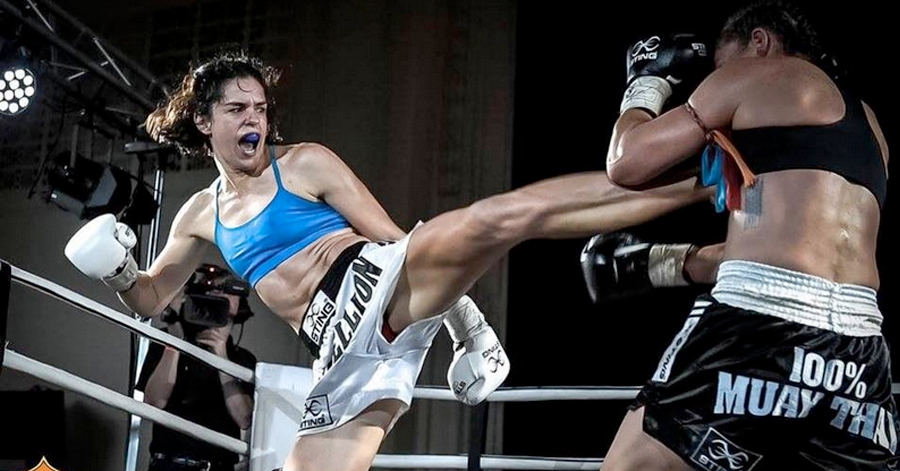 They say, “You’ll never see a vegan be an MMA and get in one of those cages!”

As it turns out, that couldn’t possibly be further from the truth.

I’ve been following athletes from all walks of life, but some of the biggest transformations that I’ve seen are in the MMA fighter community.

So, I decided to take a look at how successful some of these guys have been after switching to eating a plant-based diet.

And there were some amazing surprises. 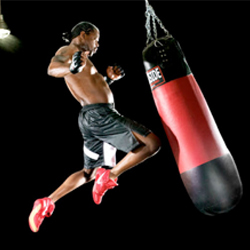 He’s my go-to argument for anyone that claims you can’t build muscle on the vegan diet.

But MMA fighting is arguably a discipline that may require different dietary and nutrition needs.

At first, I was a bit cautious of just claiming that there was no reason why fighters couldn’t be vegan.

Then, one of my friends sent on some media reports about two brothers who have had some incredible success. And I would say that it’s not despite eating only plant-based food, but because of it.

​Who am I talking about? If Nate Diaz and Nick Diaz don’t ring a bell, then you’ve probably avoided anything MMA related in the media.

​Let’s take a closer look at some of their successes.

​How Successful Have These Vegan Brothers Been?

I don’t want to pick one over the other, as I don’t know enough about this martial art. But for me, one of the biggest successes has to be Nate’s win over fighter Conor McGregor.

As Nick put it in a tweet: “Conor McGregor got his ass kicked by a vegan.”

​But Nick has managed to shine with his own career and 26 fight wins vs. 9 losses. That’s impressive for any fighter in this discipline where losses seem to be more common than in the likes of boxing.

​The career of fighter Nate Diaz has been following a similar path — he doesn’t eat meat — and a lack of animal protein doesn’t seem to have knocked anything out of his performance (pun fully intended).

With 21 fight wins and 12 losses, he probably has got a few more years left to further prove that the vegan diet is not holding him back one bit.

How Long Have The Diaz Brothers Been Vegan?

My best estimate is that the Diaz brothers have been vegan since about 2008.

I’ve read and listened to countless interviews, and the most accurate comment I could find was from 2016, where Nate said they had been 100% vegan since he was 18 years old [1].

I have heard both of them mention that on occasion, they have gone back to being vegetarian and even eating some fish.

But in recent years, their focus has shifted the other way towards raw vegan (see also our article on the 80/10/10 diet). 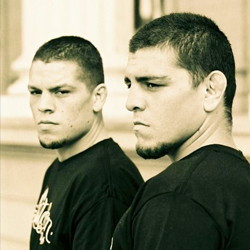 So, what does that say about the need for animal products to be a successful fighter?

Basically, both of these brothers have managed to be extremely successful for their entire professional careers without eating meat.

​Yes, they built up extremely lean muscle mass without meat, and have achieved a killer instinct in the cage that very few people in the world have.

Why Did The Diaz Brothers Become Vegan?

The main reasons the Diaz brothers have given for becoming vegan has been down to health and muscle recovery (see neck injury).

While both of them have mentioned that they occasionally relax their diet and may have some dairy or eggs, they are 100% committed when preparing for a fight.

In some podcast interviews, Nate has spoken about how much he is convinced his muscle recovery times are faster than for a fighter who eats meat and other non-plant protein.

My own experience has been very similar, and many experts believe that plant protein may be a significant factor in how fast muscle protein synthesis could work [2].

​Are There Other Famous Vegan Fighters?

Yes, there are many other vegan fighters both in mixed martial arts and in boxing. As my dietitian always says, it’s about the need for the right type and volume of protein, and it’s possible to get it all from plants.

So, who else has successfully switched to the vegan diet?

Jake Shields: With an impressive 32 wins and 2 losses, fighter Jake  Shields has been a long time advocate of animal rights and an outspoken supporter of PETA.

Mike Rashid: Here’s another man that should be on every possible poster for the plant diet. As a ripped bodybuilder and recent newcomer to the Octagon, you’re likely to see him more regularly in the news.

Timothy Bradley: This retired boxer (see also ‘Elite Boxers Who Are Vegans‘) is most famous for his win against Manny Pacquiao in 2012. Not only is he an outspoken vegan, but he also regularly goes through fasting periods.

David Haye: This retired British boxer (see also ‘Mike Tyson Stops Being Vegan?‘) has spoken a lot about how plant protein may have helped during his intense training periods, and he supposedly still avoids all meat and dairy products.

Jon Fitch: One of the most recent stories I got sent showcases Jon Fitch’s switch to only eating plants. He claims that it has made weight management and training recovery times so much easier.

So, ​What Does Being Vegan Mean For These MMA Fighters?

The reason I love this kind of information is that it gives me more great ammunition when I have to deal with idiots who claim that by not eating meat, you’ll always end up being the skinny and unhealthy vegan stereotype — basically unfit to become an MMA fighter.

These stories should also give you enough inspiration that your diet and lifestyle choice (Sustainable body care choices) is not only the right one from a health and ethical perspective.

But you’ll also know for sure that you can achieve some amazing physical shape.

If you know of some other great stories that we could add, then please feel free to send them on to us.

You might also like to read this review on the Game Changers documentary that tackles about athletes embracing the vegan lifestyle.