What is the Best Vegan Cookbook?
Recipes for Beginners & Foodies

According to new data published on Plant Based News​ veggie/vegan cookbooks are now the third most popular genre of cookbook, with sales of vegan cookbooks rising year after year.

Over time, the ingredients in these recipes are becoming more available and it’s getting easier than ever to make simple vegan dishes from scratch in your very own kitchen at home.

So if you’re committed to ditching meat and animal products in favor of vegetables and plant-based eating, one of these brilliant vegan cookbooks may be just for you.

So, let’s take a look at some of the best vegan cookbooks out there.

Justin, who wrote this plant-based bodybuilding ebook, used to eat half a kilogram of animal protein every day before finally realizing the power of vegan cooking and bodybuilding on a healthy plant-based diet.

After all his success on a new vegan diet, this bodybuilder decided to share his secrets with the world, including tasty recipes for vegan dishes like Kung Pao Tempeh, Chickpea Flour Omelet, and Quinoa Bowls.

Because of his success in vegan bodybuilding, Justin is now dedicated to sharing his best practices to those who want to build muscles the plant-based way. 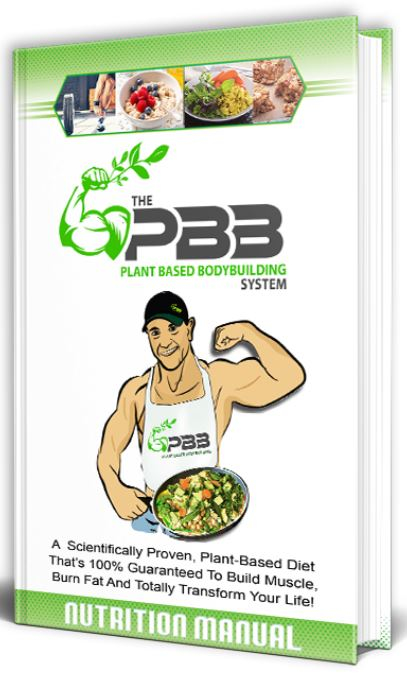 You can never go wrong with this cookbook.

Get the BEST PRICE until the end of [month]

Now this is my personal vegan bible, a beautiful collection of essential recipes by Sam Turnbull.

Refreshingly, this vegan book is designed to equip you with delicious junk food (ish) recipes which let you take a break from being so goddamn healthy all the time!

This book takes the pretentiousness out of eating plants, opting for simple and affordable ingredients which allow you to save money and avoid journeying to the ends of the earth in order to fine organic non-GMO leaf-free protein-enhanced fortified kale leaves. 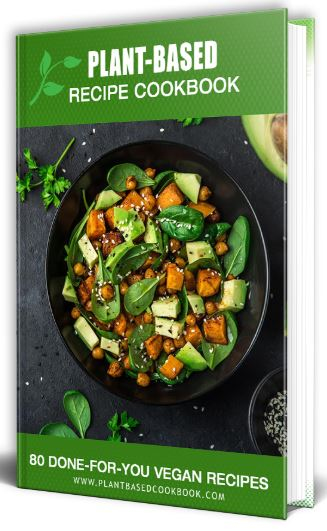 Let’s kick this off with my personal vegan bible by Sam Turnbull.

Refreshingly, this vegan book is designed to equip you with delicious junk food (ish) recipes which let you take a break from being so goddamn healthy all the time!

This book takes the pretentiousness out of eating plants, opting for simple and affordable ingredients which allow you to save money and avoid journeying to the ends of the earth in order to fine organic non-GMO leaf-free protein-enhanced fortified kale leaves. Sigh.

Are you ready to level up your meal plan to the highest level? 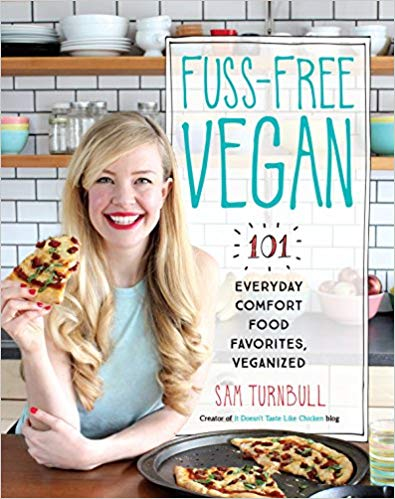 Get this cookbook now and spice up your vegan lifestyle!

Oh, but if you really crave for ​some junk food, check out our list of the best vegan junk food here.

Following up on her last vegan book “Vegan Richa’s Indian Kitchen,” Richa Hingle’s latest cookbook presents an array of meat-free comfort foods, all of which are unique and delicious.We particularly like the chickpea jackfruit burgers and alfredo spinach pizza (see also ‘Your Guide to Vegan Pizza’).

There are also heavenly desserts like the tiramisu fudge bars!There are whole chapters dedicated to soups, sauces (see also ‘ Is Sriracha Vegan? ‘), and much more, allowing you to explore different cuisines without reaching for meat.

Who said vegan is boring?

Another great go-to vegan cookbook for some indulgent classics, this book is written by popular YouTuber Lauren Toyota.

If you’re not afraid to take a break from healthy vegan living (see also ‘Eating Healthy And Vegan As A College Student‘) and dive into a deep fat fryer, then keep reading.This book tells you how to make a bunch of simple vegan meals which taste amazing, such as fried “chicken,” “bacon,” and Philly cheesesteaks.It grants you permission to let it all hang out and stuck in eating something naughty.This book has 101 recipes that would never leave you hungry or bored while on the vegan diet.

6.Isa Does It: Amazingly Easy, Wildly Delicious Vegan Recipes for Every Day of the Week

​Here, she provides us with a vegan book that allows us to make fast vegan dishes in less than 30 minutes every day.According to the San Francisco Book Review, “Moskowitz has single-handedly revolutionized vegan cooking.”Whether you’re new or you know your way around a vegan pantry, tantalizing recipes like Beet Burgers (see also ‘How to Make a Vegan Big Mac‘) and Dragon Noodle Salad allow you to enjoy a wholesome and varied meat-free diet!

Your vegan meal plan will always be exciting if you follow these recipes from Isa.

The Asian Vegan Kitchen is written by Hema Parekh, who has lived in Japan, India, and many other parts of the world.

This book has over 200 plant-based recipes which celebrate the rich spice of Asia and the joy of eating plants and vegetables.

It’s perfect if you love your entrées to have a kick to them.

Then you’ve come to the right place.The title of Dana Schultz’s vegan cookbook is a mouthful, but so is its content.

It features 101 (!) fast recipes that all take 10 ingredients or fewer to prepare, and requires minimal kitchen utensils, making it hassle-free for you to get started.You can choose from nutritious breakfasts (see also ‘A Week of Healthy Vegan Breakfast Recipes’) delicious desserts, and filling main courses.

What’s more, you don’t need to spend thousands on flashy foodstuffs to get started.

​Kristen Suzanne brings us a mixture of raw and partially-raw vegan (see also ‘Dr. Doug Graham and 80-10-10 Diet’) transition recipes which she ensures us are EASY TRANSITIONS in capital letters.

Personally, I prefer it when my cookbooks don’t shout at me.In the book, you’ll have vegan versions of burgers (see also ‘Best Vegan Burgers for BBQ – Review 2021‘), pizza, macaroni, and other junky favorites.

In her new 11-pack ebook special, you can get a whopping 11 ebooks which tell you all about making tasty vegan entrees, soups, sides, snacks, desserts, and more.

You will never run out of anything to cook in these materials.

Now, who said vegan is boring?

YouTube star Anja Cass, who you may know from the YouTube channel “Cooking With Plants”, recently brought out this vegan cookbook for all of her fans to enjoy.​As you may expect with a name like “The Vegan Friends Cookbook”, this book is ridiculously wholesome, featuring 19 different vegan chefs (friends?) who come together to form the soya crème de la crème of vegan cookbooks.It’s an interesting concept which makes for a unique cookbook, touching on local plant-based recipes (see also ‘Plant-Based July 4th Recipes To Try‘) from Asia, India, the Americas, the Middle East, and Europe.

It’s an interesting concept which makes for a unique cookbook, touching on local plant-based recipes from Asia, India, the Americas, the Middle East, and Europe.

Now that everything is said and done, we have to give our top spot to Plant Based Bodybuilding!

This vegan book is brilliant for indulging in some decadent comfort food that is protein-packed, and the refreshingly lighthearted tone is fun to read without becoming annoying (like the Thug Kitchen).

Does Kung Pao (see also ‘Can You Eat At Panda Express As A Vegan?‘) Tempeh and Quinoa Bowls sound good? You’re goddamn right it does. Plant Based Bodybuilding (see also our article on Jon Venus) has you covered.

Ditch the diet for a day and dig into these decadent delicious desserts. Alliteration!

You can also check out these vegan blogs and vegan recipe blogs that also has some amazing recipes you can try.

What’s next? Read our article on the Best muscle building vegan recipes here.