Can You Eat At Panda Express As A Vegan?

Panda Express is the largest national Chinese food chain and provides many delicious foods. Recently, they've been touting their expanded vegan and vegetarian options in an attempt to capture some of this growing market. But just how far do they go and is it worth your time as a vegan? Let's find out. In this article, we discuss:

Panda Express: Is It Vegan? 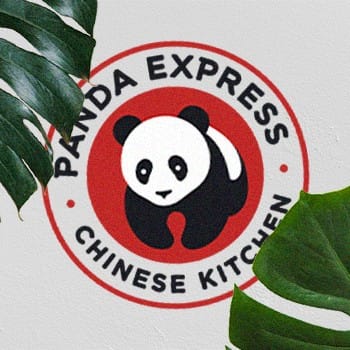 Just a few years back, Panda Express had basically no vegan options and only a few vegetarian options. However, the growing vegan population (over two percent of the United States alone) has caused an increase in vegan meals in many restaurants, even beyond the specialized vegan dining options.

Thankfully, Panda Express has responded by opening up its vegan options a little. That said, there are still some things you need to know before you go there. While they have gone a long way towards helping vegans enjoy their meals, there's still some work to be done here.

Most Dishes Include Meat

When you walk into a Panda Express or hit their drive-through, the first thing you'll notice is that most of their main dishes center around meat. The chicken, beef, and pork meals are all obviously not vegan and take up most of their menu. Even many of their side dishes are not vegan.

There is a possibility that Panda Express locations may even cook their vegan meals in woks with meat sauce simply to save time. That's typically indicative of a poor-quality restaurant and is typically not a common problem with Panda Express. However, be aware that this problem may occur.

Many Sauces are Not Vegan

Panda Express' sauces are typically not vegan, so if you're asking “is Szechuan sauce vegan?” you're undoubtedly going to be disappointed. That's because many of them contain honey, which is technically not a vegan ingredient. Some vegans may be okay with honey, but many are not, so be prepared.

That said, there are some sauces that can easily fit into your vegan or vegetarian lifestyle. Let's take a deep look at a few of these options to help you decide if you want to try this restaurant or not. We'll even take a look at vegetarian options if you're in that stage of your dietary quest.

When examining Panda Express vegan options, we'll take a look at main dishes, sauces, and sides that follow vegan or vegetarian dining guidelines. While there aren't necessarily many main dishes, there are several sides that you may enjoy when eating here.

Panda Express' biggest vegan main dish is likely the Beyond the Original Orange Chicken. This meal uses Beyond Meat which simulates a chicken texture without any animal-based ingredients. You can pair this meal up with multiple sides to produce a rich variety of flavors.

They also offer Eggplant Tofu, a browned tofu and eggplant dish that includes red bell peppers and a sweet and spicy sauce. You can also get their large vegetable spring rolls, which contain cabbage, celery, carrots, green onions, and Chinese noodles in a wonton wrapper.

Vegan side dishes at Panda Express include:

Creating Your Own Vegan-Friendly Alternatives

If you don't enjoy any of these Panda Express vegetarian options or vegan meals, you can always create your own. This option is a great choice if you love cooking and want to produce dishes that meet your taste. Here are two different options that you can consider that may even beat Panda Express.

Serve these ingredients directly into your dumpling sheets and wrap them up tightly. Warm an oven to 350 degrees Fahrenheit and cook the dumplings for 20 minutes. While you wait, mix light soy sauce, Zhenjiang vinegar, and toasted sesame oil in a separate bowl. After your dumplings are done, you can either drizzle this sauce over their top or dip them in to add a little extra taste.

This simple vegan yakisoba recipe can help you create a meal that's very similar to a Panda Express dish. However, you can flavor it however you want, so that's a major bonus! Here are the basic instructions, including a few ingredient suggestions that may make it suitable for many tastes.

Panda Express meals may have a healthy balance of vegetables and tofu but also have ingredients like sodium-rich soy sauce and even MSG. Keep that in mind before dining at one.

Q: Can You Get Vegan-Alternatives at Other Chinese Restaurants?

Most Chinese restaurants will provide vegan-friend meals, including using soy instead of meat in most of their dishes. They may even offer more than Panda Express, depending on their menu.

Q: How Often Should I Eat Panda Express?

Panda Express is probably an “occasional” meal option that you can enjoy only once a week or every two weeks, though it is a healthier alternative than other fast-food restaurants.