As a lifter, you want to give your body an edge wherever you can. Gaining muscle and cutting fat is hard, so if there are products that can help, you’re open to trying them. That includes peptides and SARMs.

Comparing peptides vs. SARMs isn’t easy. These growth-stimulating ingredients seem similar in many ways, but they have massive differences. Unfortunately, the internet is full of low-quality information about them both, and sifting through the sales pitches to get to actual studies is difficult.

If you’re trying to decide between peptides and SARMs, read on. We’ll explain exactly what they are and what the research says about these popular bodybuilding supplements.

Peptides are short-chain amino acids that occur naturally in the body. As a rule, they contain 50 or fewer amino acids in their chain. When they combine into longer, more complex shapes, they form full-blown proteins.

Peptides have a wide range of functions that are dependent on their shape, sequence, and makeup. For example, oxytocin, the “love” hormone, is a peptide, as is angiotensin, which regulates blood pressure.

As is perhaps becoming apparent, many peptides are hormones. That means they act as chemical messengers that travel your bloodstream passing information from one tissue to another.

While these peptide hormones show up naturally in our bodies, they also appear in our foods. Though they’re plentiful in meat products, there are many vegan sources of peptides, too, like lentils and whole grains.

In recent years, manufacturers have also started synthesizing peptides. They do this by either isolating peptides from a plant or animal source or joining individual amino acids using recombinant DNA.

Using these methods, manufacturers have created a slew of peptide products that are available in pill form or via injection.

We should note, though, that taking them in pill form might not be the best idea. Because peptides occur naturally in the foods we eat, our stomachs and intestines are full of enzymes that can degrade them. So, for peptides to be potent, they’re usually injectables

Peptides have all sorts of effects that are helpful in medicine. Researchers are studying them for their ability to prevent blood clots, increase immunity, and reduce cholesterol. You’ll also find them in medications for high blood pressure and insulin.

Certain classes of peptides can stimulate the release of hormones which signal the body to grow muscle or lose fat. Researchers are studying these peptides for use in muscle wasting diseases, like cancer and HIV, as well as for treating obesity.

As you might imagine, a natural substance that could help you grow muscle or lose fat has become very popular in the bodybuilding and fitness communities. Many praise peptides as a safer alternative to anabolic steroids and claim there are few side effects.

Most lifters and bodybuilders are interested in a specific class of peptides called growth hormone secretagogues (GHSs). GHSs stimulate the production of human growth hormone (HGH).

In case you’re not familiar, HGH is a banned substance. It was very popular amongst professional athletes and bodybuilders through the 1980s, but the Olympic Committee banned it in 1989 due to safety concerns.

HGH had side effects, like an increased risk for certain cancers and insulin resistance, leading to type-2 diabetes. Proponents of GHSs claim that these peptides avoid the negative side effects of taking supplemental HGH while providing all of the positives.

However, there are some possible side effects to GHSs, including swelling (edema), elevated blood sugar, and a decrease in insulin sensitivity that may make it tricky to maintain blood sugar levels.

It’s also unclear whether GHSs really work. The studies on using peptides for bodybuilding or lifting weights are minimal. So scientists don’t know how effective they are in healthy individuals, how much someone should take, or when they should take them.

That means dosage and use instructions come from anecdotal evidence, and it will likely take some experimentation to make them work for you if they work at all. 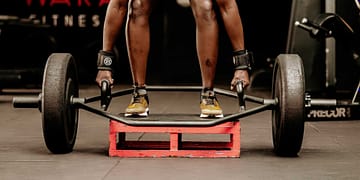 Still, many peptides are gaining FDA approval, and doctors will prescribe them for certain medical conditions. That leads many people to view peptides as safe, or at least safer than anabolic steroids.

SARMs are selective androgen receptor modulators. These are therapeutic compounds with properties that are similar to anabolic steroids.

Both anabolic steroids and SARMs activate anabolic receptors. Unlike steroids, though, SARMS selectively bind to receptors in specific tissues and not to others.

As a result, SARMs have fewer androgenic properties, meaning they are less likely to produce the unwanted effects of anabolic steroids. Acne, gynecomastia, and other unfortunate steroid side effects aren’t an issue with SARMs as often as they are with steroids.

SARMs are synthetic compounds. You won’t find them in nature or naturally occurring in the human body, but they do have medicinal value. Researchers are currently studying how they may stimulate specific tissue growth without unwanted effects.

For example, certain SARMs may stimulate muscle or bone growth. That means they could effectively treat muscle-wasting that occurs with cancer and HIV, as well as bone loss from osteoporosis.

Other studies focus on SARMs as a replacement for traditional testosterone therapy in aging men. SARMs may also prove to be an effective male contraceptive. And they show promise in treating Alzheimer’s disease and muscular dystrophy. 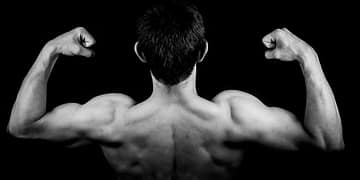 Recreationally, SARMs are extremely popular, especially amongst bodybuilders and lifters.

Researchers found that MK 2866 Ostarine, a popular SARM found in many supplements, is present in mass in the notorious London “fatberg.”

The “fatberg” is a buildup of fat and other substances inside the London sewers. Its makeup tells researchers what city dwellers are consuming, and right now, there are more SARMs than MDMA or cocaine, proving their popularity.

MK 2866 Ostarine is only one of many popular SARMs for lifting. Others include RAD 140 Testolone and MK 677 Ibutamoren.

It’s thought that Ostarine, also known as Enobosarm, can increase strength and power while reducing fat. RAD 140 may increase muscle and stamina while limiting bone loss. And, Ibutamoren may improve libido and metabolism while aiding with workout recovery.

However, SARMs aren’t without side effects. In one internet survey, researchers found that about half of those who’d admitted to using SARMs experienced negative side effects, including:

The same survey showed that 90% of users found that SARMs were effective at stimulating muscle growth, and the same 90% were happy with the overall results.

Researchers used Reddit to complete this survey, so it’s hard to say how accurate a portrait it paints of SARMs’ use in bodybuilding. Still, it seems to indicate that most SARMs users find any risks to be worth the benefits.

SARMs aren’t FDA-approved, though, and the World Anti-Doping Agency (WADA) banned them in 2008, citing a potential for abuse. In some countries, SARMs are flat-out illegal.

However, many bodybuilders and lifters use supplements that have SARMs in them as “undisclosed ingredients” or “proprietary blends.” And many websites sell SARMs as “investigational products,” stating that they’re for research use only. That means they’re readily available.

If you choose to use them, you have to rely on sometimes sketchy sellers, and you’ll have to follow dosage protocols set by other users. These protocols often come from internet forums and other less-than-reputable sources. There aren’t any serious studies that can tell weightlifters or bodybuilders how and when to take SARMs to ensure safety and effectiveness.

Now that we’ve covered what peptides and SARMs are in detail, let’s look at them side-by-side. If you’re considering taking either one to build muscle or cut fat, it’s crucial to understand where these two supplements are the same and where they’re different. 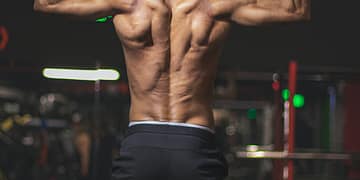 Both peptides and SARMs are popular amongst bodybuilders and lifters for their muscle-promoting potential. Both supplements can stimulate muscle growth and may help with leaning out.

Finally, when it comes to muscle enhancement, neither SARMs nor peptides have FDA approval, and WADA prohibits both of them for enhancement purposes. Neither of them have studies to back their efficacy in healthy populations, and no one knows what happens with long-term use.

Though lifters often use peptides and SARMs to accomplish the same goal, they differ in many ways.

Peptides work more indirectly. Peptides stimulate the release of hormones. Those hormones then signal the body to activate muscle growth, decrease appetite, or various other responses.

Hormones are complex, though, and your body has multiple mechanisms for hormone regulation. So, it’s unclear how effective peptides are in healthy people.

Secondly, peptides also exist naturally in the human body, whereas SARMs don’t. Because they work indirectly and occur naturally, peptides seem to have fewer side effects. In some cases, they may cause swelling or mild insulin resistance, but they don’t cause gynecomastia, acne, or testicular shrinkage, as some users of SARMs have reported.

Can I Use Them Together?

whether you can use them together or not.

Anecdotally, many believe that using them together provides a synergistic effect. And there are many who claim that they saw muscle mass gains and fat loss by stacking peptides and SARMs.

However, using them together comes with risks. Both peptides and SARMs can have negative side effects, and no one knows exactly what happens when you use them together.

You certainly shouldn’t use them if you’re going to compete in any sort of drug-free competition. WADA prohibits the use of either one. In some countries, SARMs are entirely illegal for bodybuilding purposes. 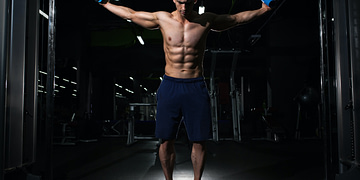 Comparing peptides vs. SARMs is tricky. The research around these two supplements centers on unhealthy populations, and it’s hard to say whether one or the other will benefit lifters.

Both peptides and SARMs have growth stimulating properties, and many seem to use them successfully to cut fat and build strength. Peptides may have fewer side effects, but they also may not be as effective. SARMs are effective but may have riskier side effects.

In truth, taking either peptides or SARMs comes with risks, and you should be careful about consuming them in supplements.

Shop Peptides & SARMS
About the author 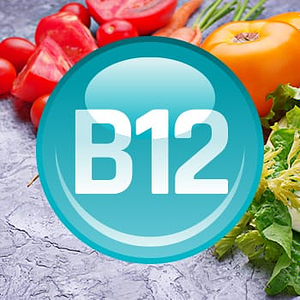