Natalie Portman Briefly Stopped Being Vegan During Her Pregnancy

I've heard a lot of people ask: Is Natalie Portman vegan? My answer is always an empathetic YES.

In fact, Hollywood’s sweetheart and Academy award winner has an impressive list of political and social achievements. Besides being a hella good actress, she’s also a vegan feminist, Harvard graduate, and an animal rights advocate.

But Portman knew even at the tender age of just 9 that changing the world starts by changing your own habits. Or as Portman puts it: “The biggest thing that I could do to have an impact on the planet's health is to become vegan.”

Table of Contents
Why Did She Become Vegan? Natalie Portman Diet and Workout The Moment Natalie Gave Up Being Vegan She Debunked Common Myths About Vegans The Moral of Natalie’s Story

Why Did She Become Vegan? 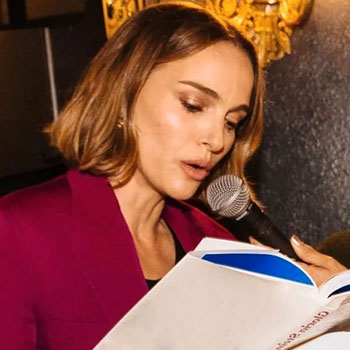 The actress decided to eat only plant based food after she read a 2009 book Eating Animals by Jonathan Safran Foer. Up until then, she thought eating eggs and dairy is simply enjoying their natural byproducts.

But after she learned all there is to it about the conditions these animals face in the food industry, it made her “want to change immediately.”

That’s when her project Eating Animals came into fruition with help from her collaborators - documentary director Christopher Quinn and the source material’s author, the aforementioned Foer.

The goal of the movie is to pull back the curtain on the food-production and factory-farming industries.

To wake consumers up to not just what they’re putting into their bodies, but to the animal abuse and environmental trauma to which they are complicit.

An unofficial ambassador for animals, vegans and environment issues, Natalie remains optimistic. She said that public reception, knowledge and demand for vegan products have shown significant increase in the past years.

With her documentary paving the path, this feminist vegan is very much different from so many vegetarian and vegan “internet activists”. You know the type: people willing to lift his or her finger, and not much else. 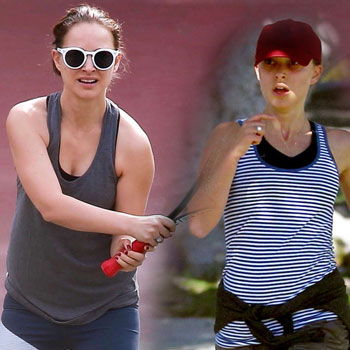 You’ve guessed it, she’s into her plant based diet through and through. She has an extensive garden at her home in Los Angeles where she grows her own fruits and vegetables.

Other eating habits include whole grains, couscous, beans, tofu, chia seeds, hummus and olives. If unsure about the catering of gala events she attends, Portman says she will eat pancakes and veggie burgers before hitting the event.

Black beans often find a way onto her plate, as well as tofu burgers. Since she is still just a human, her favourite comfort food is vegan ice cream.

Her new favourite thing is Gyrotonics. It is a method that combines a variety of exercises to increase balance, strength, efficiency and flexibility. Her average day is then followed by oatmeal, avocado and vegan Vitamin D supplements.

Living the life of a physically attractive film star has some obligations and proper fitness is one of them. To prepare for her fantastic role of a mentaly unstable ballerina in 2010 hit Black Swan, Natalie had a serious workout programme. Considering it landed her an Oscar, it was well worth the effort.

The bridge, butt-buster, abs exercise, arm toner and essential stretch is all what took her to achieve stamina and muscles usually accustomed to professional athletes. Or in her case, ballerinas - there seems to be no difference.

The Moment Natalie Gave Up Being Vegan

Jokes aside, Natalie Portman started eating dairy, eggs and milk when she was pregnant. She was still a vegetarian, meaning no animals were directly harmed by her diet and she refused to eat meat. It was a novel experience and a bit unpleasant at that, but she had to learn to “listen to her body”.

Concerned about the wellbeing of her children and herself, she turned to indirect animal products, such as cookies and cakes from local bakeries. Veganism was not an issue. Basically, Portman ate eggs, dairy products and no meat, trying to stay true to the animal rights movement she holds dear.

Interestingly enough, her husband Benjamin Millepid is not a vegan, though Portman says they get along just fine. She’s convinced him to “think harder about what he puts in his mouth”, especially red meat, chickens and so on. But even still, she confesses Millepied is the one who does most of the cooking in the family.

It is exactly this kind of non radicalism that made the actress and her philosophy so appealing to wide masses. We can all come to our senses and use some of her advice without being pressured and frowned upon.

She Debunked Common Myths About Vegans

Natalie Portman released a video debunking the most common vegan misconceptions and prejudices. There is no need to write in depth about the video. Just watch it for yourself and see if animals really deserve such a poor treatment that we so eagerly provide.

Having said that, myths regarding vegans and animal friendly activists are real.

The movie star simply told us, over and over again, that refusing to eat animals is a good thing to do by every possible standard and belief. It is not more expensive or complicated. Food prepared this way can be as tasty as any. You can feel great and have super silky skin, which the hero of our story confirmed numerous times.

However, even a Hollywood A-lister as popular as Queen Padme can not change your mind if you are not open enough. The reason why you may want to reconsider all food and lifestyle options available is that being uninformed is the root of all fallacies. 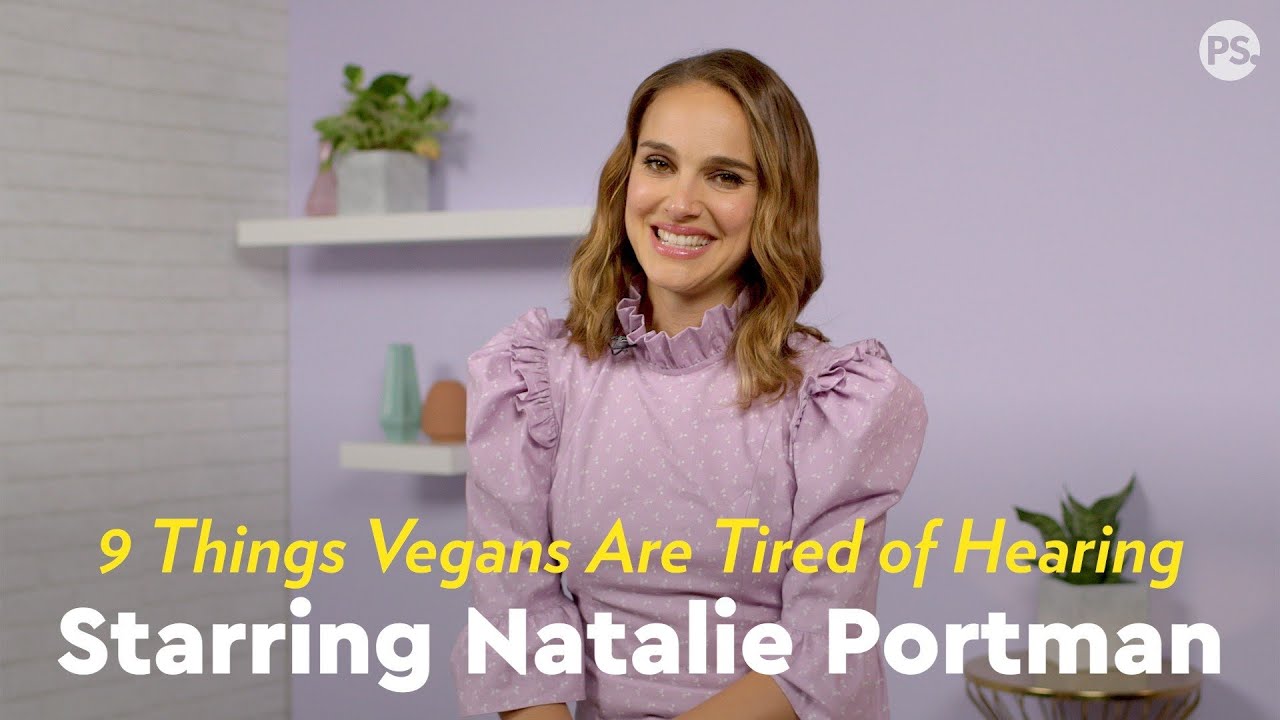 Nowadays, you are just a few clicks away from being fully aware and well informed to make morally right and financially acceptable decisions. In the era of the internet, not knowing something is not an alibi for the poor choices we make.

The Moral of Natalie’s Story

Animal rights and political correctness should not serve as means to gain public validification, or a means to gain media attention. Vegan Natalie Portman is a prime example of how humans must constantly search for new ways to protect animals, the environment and stay healthy.

These are not conflicted, but rather complementary goals which are quite possible to achieve in the 21st century.

There is something about Portman - her moderate, sensible approach to talking sense to all humans that’s so easy to comprehend and accept. Everyone can get her words and it’s not hard to identify with such a person, no matter how talented, rich, successful, or beautiful she is.

Eating animals has ceased to be our morally viable diet solution for a long time, and Portman is definitely among the first to act like it.