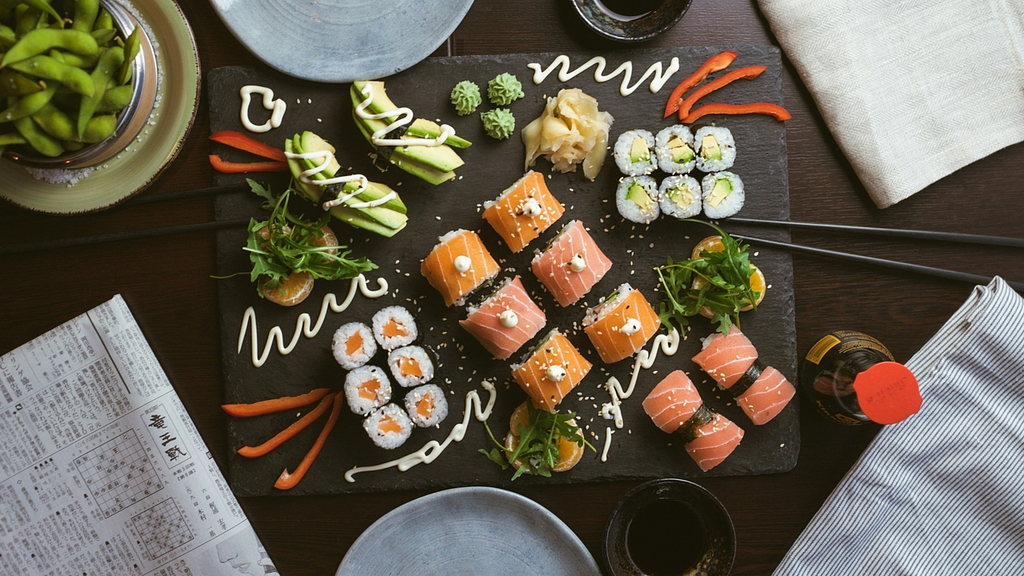 Japanese Food: What Can I Eat on My Diet?

Japanese cuisine is rich in history with many regional and outside influences. Japanese cuisine has evolved greatly over the centuries through political, cultural, and economic changes that have introduced new flavors and imported ingredients to the country. Today, you can see the influence from Chinese, Korean, European, and Western dishes in Japanese food.

Traditional Japanese cuisine is simple in flavor and ingredients and has many healthy options, especially for people trying to lose weight. While there are many high-carb, high-calorie (see also ‘High-Calorie Vegan Recipes‘) dishes that should be avoided, such as foods fried in tempura or doused in oils, there are plenty of healthy Japanese dinners and snacks that pack a nutritious punch. Read below to see which Japanese food for health is best.

Japanese cuisine is a great choice if you’re vegan. You can eat dishes with rice, vegetables, seaweed, broth, curry, tofu, and noodles (see also our article on Panda Express) that do not contain any animal products. Japanese cuisine also rarely uses dairy, so you don’t have to worry about added cream or butter (see also ‘Is Smart Balance Vegan & Dairy Free?‘) used to flavor dishes. Many dishes may use fish sauces (see also ‘Is Hoisin Sauce Vegan?‘) or broths, however, so be sure to check the ingredients.

What is Japanese Cuisine Known For?

As an island surrounded by the Pacific Ocean, Japan (see also ‘Traveling As A Vegan‘) has access to fresh seafood and it’s a major staple of the Japanese diet. Seafood including freshwater eel, tuna, squid, sea urchin, scallops, and pufferfish are all common in Japanese dishes. While the Japanese prefer to eat their seafood raw in the forms of sushi or sashimi to get the pure fish flavor, some dishes include grilled or boiled seafood.

Japanese cuisine almost always involves rice. This rice is short-grained, sticky, and has a mild, sweet flavor. The Japanese don’t typically consume long-grain rice, and the white rice they consume doesn’t traditionally have any extra flavors or seasoning. Although Japanese white rice is high in carbs, it’s low in fat as it’s only cooked with water.

Other staples of Japanese cuisine include pickled vegetables, vegetables cooked in broth, mushrooms (see also ‘Are Truffles Vegan?‘) such as the shiitake, soybean in many forms, noodles, curry, and soup containing seafood or beef. There is a strong emphasis on seasonal ingredients to ensure freshness and quality.

While American salads are typically large plates of raw ingredients with a fair amount of dressing, Japanese salads are usually more simple and involve boiled or pickled vegetables. Japanese seaweed salad, for example, is one of the lowest calorie Japanese food dishes that contains cancer-fighting, anti-inflammatory properties. Other healthy salads include hitashi-mono, or boiled green-leaf vegetables in dashi broth, as well as aemono, a tossed salad that includes thin strips of squid or sashimi.

Healthy Japanese Food Made with Soybeans

The soybean is one of the most important and versatile ingredients in Japanese cuisine. You can eat boiled soybeans called edamame, and it’s used in healthy dishes such as miso soup and natto. Miso soup is one of the most popular Japanese dishes that’s low in calories and high in nutritional content. It is a cultured food made from fermented soybean paste and rich in probiotics. Similarly, natto is made of fermented soybeans that are not crushed into a paste.

Tofu (see also ‘Is Tofu Vegan-Friendly Food?‘) is also derived from dried soybeans that are soaked in water, crushed, then boiled to form a curd. Tofu (see also ‘How to Press Tofu With or Without a Press’) is a healthy vegan Japanese food used in many traditional dishes, including tofu salads, tofu hiyayakko (sliced tofu topped with grated ginger, chives, and light dressing), and soups.

The Japanese diet is centered around fresh seafood, so you can be sure to find a plethora of healthy dishes. Fish is high in protein, low in fat, and filled with healthy omega-3 fatty acids and vitamins B and D. Any Japanese restaurant (see also ‘Your Guide to Vegan and Vegetarian Restaurants’) will have menu items including sushi, sashimi, and nigiri. Sashimi is the lowest calorie option, since it is purely thinly sliced raw fish and contains no rice. Simmered seafood dishes such as oden is a hot-pot dish that usually comes with an assortment of fish cakes, hard-boiled eggs, and vegetables in warm broth.

Noodles are also a staple of Japanese cuisine. You can find rice noodles (see also ‘Are Ramen Noodles Vegan?‘), flour noodles in ramen, udon noodles, and soba noodles. Soba noodles are the healthiest option, since they are lower in calories, cholesterol, and sodium, and contain buckwheat. Buckwheat is whole grain that is considered a superfood, as its fiber and nutrients improve heart health and promote weight loss (see also our article on Semaglutide ). When choosing soba noodle dishes, avoid stir-fries high in oils and fat, and choose options like salads or soups containing these noodles.

What kind of Japanese food is vegan?

Japanese cuisine is a great choice if you’re vegan. You can eat dishes with rice, vegetables, seaweed, broth, curry, tofu, and noodles that do not contain any animal products. Japanese cuisine also rarely uses dairy, so you don’t have to worry about added cream or butter used to flavor dishes. Many dishes may use fish sauces or broths, however, so be sure to check the ingredients.

While many Asian dishes (see also ‘The Best Asian Vegan and Vegetarian Dishes‘) from Thailand or China are spicy, Japanese food is usually pretty mild. Traditional cuisine does not use heavy seasoning or spicy flavors, as the Japanese believe in simplicity of flavor, especially when it comes to seafood.

What Japanese food is gluten-free?

Although rice and buckwheat are gluten-free, many Japanese dishes still contain gluten due to soy sauce (see also ‘ Best Vegan Sauces’) , which is usually made with wheat. If you’re trying to eat gluten-free, choose seafood-based dishes that do not have added sauces or flavorings or ask for gluten-free Tamari.