Can Vegans Eat Honey?
Everything You Need to Know

One time I was watching a cooking competition on TV where the ingredients got chosen for the chefs. It was a vegan episode, and all was fine and dandy until the dessert round.Suddenly, honey appeared on the table, and one of the chefs went into an ethical dilemma on if they should use the honey. This chef considered honey one of the animal products to avoid because it came from bees. He didn’t want to use it in his dessert for that reason.Which raises the question, “Is honey vegan?”

Honey is not vegan. Some vegans still eat honey, though. Either because they aren’t aware of the unethical ways bees are treated or don’t consider insects when choosing their food products.I think once you consider the treatment of bees, then you will probably want to avoid honey nectar, including beeswax if (see also ‘Can Vegans Use Beeswax Products?‘)  you’re against cruelty.

5 Reasons How ​Honey Is Not Vegan 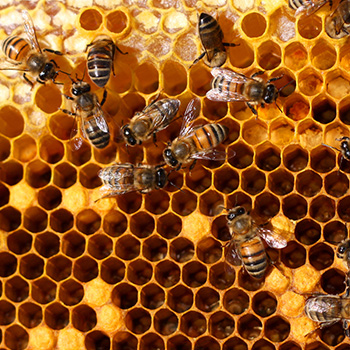 There are many ways honey nectar is not vegan, especially if you are vegan for ethical reasons.

Bees should have rights like all the other animals.Beekeeping is not the most ethical practice, and many arguments expose the exploitation of bees, especially in a commercial sense.

I’m going to break it down to 5 reasons why honey is not vegan.

1.  Let’s start with the obvious. Honey is a by-product of honey bees. Anything that comes from a living being would normally be avoided in veganism. Long story short; bees make honey.Some people would argue that insects aren’t part of the animal group, but I think they should count because they have the ability to feel pain[1].

2.  Honey is important for bees to survive. It’s what they eat to survive, and they make a lot of it to store for the winter months. By taking away their food source, it puts honey bees in harm’s way.

Beekeepers avoid starving their bees by replacing the honey with foods like sugar water or high fructose corn syrup. It doesn’t have the same essential nutrients that bees need to stay strong and healthy, according to this 2013 study.

The lack of a suitable alternative raises the question of how ethical it is to harvest honey from bees. It’s an exploitation of their labor.3.  Sometimes it becomes necessary for beekeepers to burn the hives along with any bees living in it. The practice happens when an outbreak of American Foul Brood occurs within a beehive. This disease is highly contagious and fatal.

Hive burning prevents the spread of the disease in a colony, but some people view this as one of the unnecessary practices of beekeeping. If beekeepers routinely monitored their bees, they can prevent the disease from happening.4.  Beekeepers practices something called wing clipping. It sounds exactly what you think it is. They clip off the queen bees wings to prevent her from leaving the hive and stop her from swarming.

Clipping the queen bee’s wings is meant to control bee populations, but it can also be considered unethical to cut off a part of an insect for honey production purposes.5.  Finally, pesticides are often used in beekeeping[2]. It’s meant to protect the bees from things like mites or fungi. Some research suggests that this may contribute to the recent decline in the bee population, and the EPA is looking for other ways to protect bee colonies from potential intruders.

Is Free-Range, Local, Or Organic Honey Products A Better Alternative? 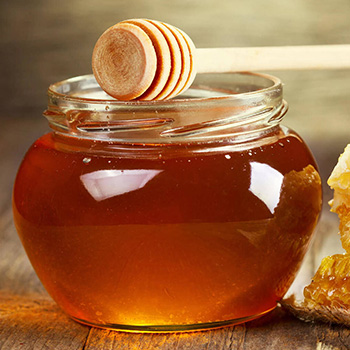 Some people would say that free-range, local, or organic (organic clothing) honey products are more ethical ways to harvest honey. They may think this is similar to how eggs are gathered and are more suitable.However, unlike eggs, it’s hard to determine what would count as truly free-range crops. Beekeepers often keep bees in human-made hives. It would also be challenging to find a hive made from native bees. Harvesting honey this way would also be disruptive to the bees.This may be a better option than completely commercialized honey, but it’s also not the most ethical option.

What Are Vegan Alternatives To Honey?

Luckily for the vegans of the world, there are plenty of vegan alternatives to honey.Here’s a look into the most common foods to use as an alternative:

Like honey, all of these sweeteners are high in sugar. Vegans should use honey alternatives with control.

The final answer to “Is honey vegan?” is that it’s not vegan. It’s part of animal products, and the harvesting of honey from beehives if often disruptive to the bees’ environments.There’s no reason to be sad over removing honey from your vegan diet. There are plenty of alternatives that are suitable for vegans (chicken meat). You could use these alternatives for baking, cooking, mixing with your drinks, and more.