Is Yeast Vegan?
What Is It Made of and Can We Eat It?

One thing that vegans need to consider is not only if a food item is vegan, but is the production process also vegan?Sometimes companies introduce animal products while making a food item that renders the food item not suitable for vegans.If this is the case, then you might wonder, “Is yeast vegan?” Let’s take a look into what is yeast and how’s it made.

Yeast is vegan. You may be wondering why there is some controversy surrounding if yeast is vegan. Some people think vegans avoid any living thing, including yeast. Let’s dive into more on what yeast is and why it’s considered vegan.

Yeast is a single-celled fungus.[1] There are many different variations of yeast that have different purposes, which I’ll discuss later below.

Yeast is good for your diet as it promotes healthy gut bacteria and keeps your digestive system running smoothly.

It also supports your immune system.

Is Yeast A Living Organism? 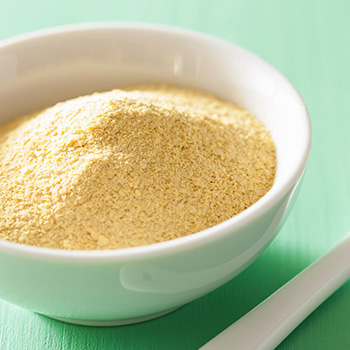 Yeast is a living organism. However, that’s not enough to qualify as not suitable for veganism. Yeast has no central nervous system, and therefore, can’t feel pain.Yeast is a step above bacteria because they have a nucleus. In terms of rights, yeast doesn’t have much claim because of the lack of nerves. It’s certainly not the same as other animals such as cows.There is a small group of vegans who think yeast still qualifies as something not vegan. They are called “Level 5 Vegans,” which is a cheeky reference started by The Simpsons show.Level 5 Vegans are people who go to extremes with their vegan lifestyle and don’t represent the majority of vegans. Not eating yeast would certainly qualify you as a Level 5 Vegan.

Yeast is found in lots of food items, especially on fruits and vegetables, because they like to consume the sugar naturally found in that food group. It uses sugar as a food source.Here’s a quick list of food products that has or uses yeast:

Yeast production does not involve any animal cruelty.Oftentimes, food products are vegan, but animal ingredients are introduced during the production process.

For example, beer by itself is vegan, but the fining process usually includes gelatin and isinglass, which is not suitable for vegans.However, yeast does not fall into the category of animal cruelty with its production process. People for the Ethical Treatment of Animals (PETA) have said that they are satisfied that yeast production doesn’t involve cruelty of animals or exploitation

If you choose not to eat products produced by or containing yeast, you will be in a tiny minority of vegans.

Nutritional yeast is vegan and is an incredibly popular nutritional supplement (see also ‘ A Guide to Vegan Supplements ‘). Vegans like eating it because it is a complete protein; it has all 9 essential amino acids.It also contains vitamin B12, niacin, zinc, folic acid, and more vitamins and minerals.It’s made from drying the fungus Saccharomyces cerevisiae (S. cerevisiae) at high temperatures. The yeast is grown in molasses, which is what gives nutritional yeast (see also ‘10 Nutritional Yeast Substitutes Every Vegan Should Know About‘) nutty and cheesy taste.

It’s available in two forms; powder or flakes. I like the powder version since I feel like it’s easier to mix in recipes.The taste makes it an easy substitute for cheese (see also our favorite dairy-free cottage cheese recipe). It’s also used on vegetables, soups, toast, and popcorn. 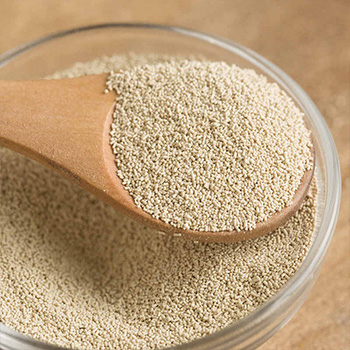 Yes, Baker’s yeast is vegan. It’s made from S. cerevisiae and is dried using low temperatures to prevent the yeast being killed (the opposite temperature of nutritional yeast).The production process ensures that Baker’s yeast is active yeast, which means it’s not safe to consume on its own because it will grow in your digestive system. That’s a fast way to make yourself sick.Unsurprisingly, Baker’s yeast is used for baked goods like bread. It helps bread dough rise as a leavening agent.

Keep in mind though, that even though Baker’s yeast is vegan, not all bread (see also ‘Are Pretzels Vegan?‘) is suitable for vegans. I recommend to always check the ingredient list for milk or eggs before purchasing any bread (see also ‘Is Bread Vegan-Friendly Food‘) or baked goods. Or you can check this list for the best vegan bread you can find on the market.

This type of yeast is bitter in taste, but it also surprisingly has many nutritional supplements. It has several amino acids, potassium, calcium, and more.

What Are the health benefits of yeast?

2. Supporting The Immune System : Yeast is usually made from the fungi strain, S. cerevisiae. Research shows that this strain supports the immune system while also reducing inflammation and possibly treat diarrhea.[2] 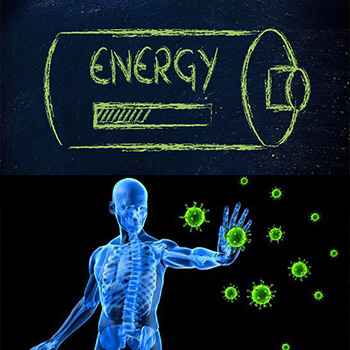 What are the side effects of yeast?

The most significant side effect of yeast is, you guessed it, yeast infections.Eating or consuming too much active yeast can lead to health problems. You should also be careful about taking antibiotics and oral birth control that can make your body grow too much yeast.Symptoms include gas, bloating, mouth sores, itchy rashes, bad breath, and a weird coating on your tongue. As always, you should consult a doctor if you experience any of these symptoms.

Hopefully, now you know the answer to the question, “Is yeast vegan?” (Hint: It very much is vegan unless you want to join the Level 5 Vegan group.)Not only is yeast vegan, but it also has several health benefits (Macadamia Nuts). You simply can’t ignore the nutritional value and how it promotes gut, digestive, and immune health.Do you want to know more about the vegan lifestyle? Check out these other blog articles to get answers to your questions.