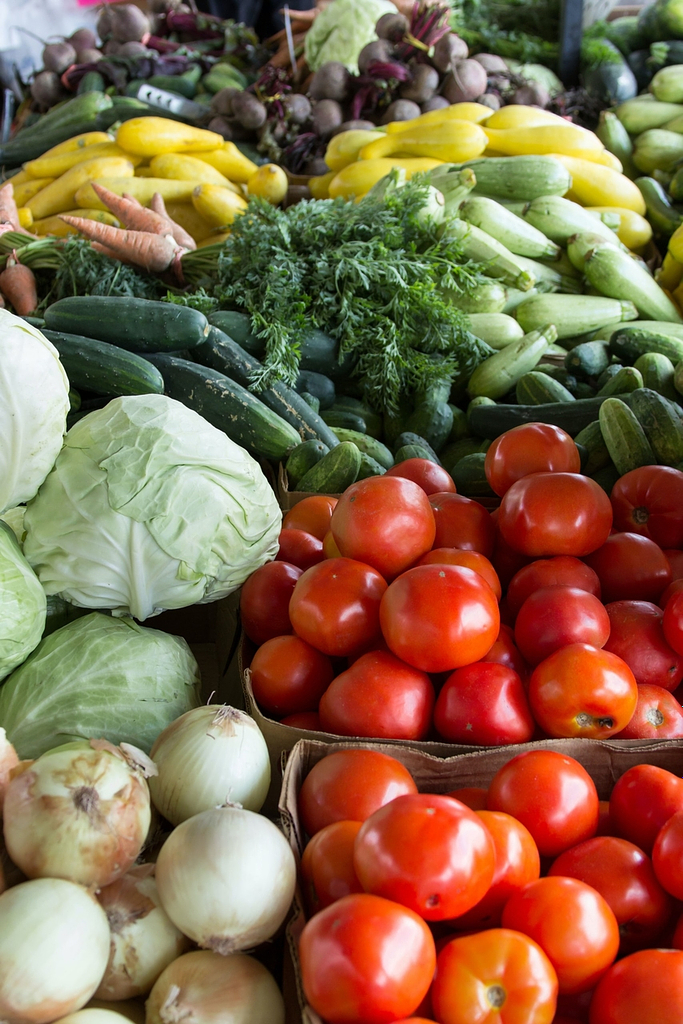 11 Accidentally Vegan Foods to Add to Your Diet

Being a vegan can often be challenging. It can often feel like you are shut out of eating the foods that non-vegans can so easily enjoy. Plus, if you have an allergy or other issue that requires you to be vegan, you are always on edge about foods.

But there is a realm of foods that offers a safe harbor from these feelings: accidentally vegan foods.

There are numerous foods out there that aren’t explicitly aiming to be vegan, but end up vegan anyway, either to reduce production costs or to increase their brand’s reach. They won’t necessarily advertise themselves as vegan, but they are – and once you know them, you can take your vegan diet to the next level.

In this article, we’ll break down the 11 accidentally vegan foods you can reach for when you want to eat “normal” food without breaking your veganism. Though, as we’ll see at the end, these aren’t foods you should be eating every single day.

To get to the bottom of accidentally vegan foods, read on and join us for a deep dive into the world of mass-market foods.

What does accidentally vegan mean?

Essentially, foods are accidentally vegan when they aren’t marketed specifically to be vegan.

Of course, calling them “accidental” is a bit of a misnomer, because it’s not like companies shipped out their foods without milk one day. The products were specifically designed to not have meat, fish, eggs, or dairy products – it’s just that they aren’t marketed as vegan-specific products.

There are as many reasons for foods to be accidentally vegan as there are accidentally vegan foods. In some cases, companies have probably calculated that adding dairy would reduce their sales by some margin. In other cases, it probably just costs them too much to add dairy, eggs, or other non-vegan products.

The first on our list of accidentally vegan foods is peanut butter. This one is just a tad obvious, but peanut butter is so named because of its consistency, not because it contains any actual butter. Instead, peanut butter is made of mashed peanuts, salt, oil, and sometimes preservatives – that’s it.

That’s great news for vegans everywhere, whether you are a bodybuilder trying to maximize their macros or simply a hungry everyman searching for a simple snack.

One note is that it’s important to review your peanut butter before buying. Some varieties do contain honey, which isn’t compatible with all vegan lifestyles.

Everybody remembers the catchy Reese’s Puffs commercials from the early 2000s, the ones that advertised their peanut-butter-chocolate flavor. But despite the 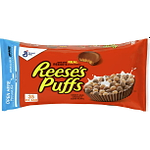 advertisement for chocolatey delight, Reese’s Puffs are a vegan cereal by most definitions (more on that in a moment).

While you might expect chocolate to require dairy, the General Mills corporation is thinking on an entirely different level. The chocolate flavor comes from Hershey’s cocoa and the light brown appearance of some of the puffs comes from caramel coloring. In other words, they are totally dairy free.

The one asterisk is that Reese’s Puffs do contain Vitamin D3. This nutrient can sometimes come from animal sources like sheep’s wool, though it can also come from lichen (source). General Mills does not list whether their D3 is sourced from animals, so it is up to you to assess if Reese’s Puffs are right and truly accidentally vegan.

When I want a light snack to go with cheese or strawberry-rhubarb jam, crackers are the best bet – but the problem is that many crackers contain whey, butter, or other dairy ingredients. 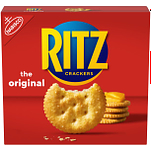 This, however, is not a problem for standard Ritz crackers, including both the original and the whole wheat varieties.

Ritz’s light finish, satisfying crunch, and buttery flavor do not come from any non-vegan malfeasance, but from a combination of wheat, soy, standard baking ingredients, and good old-fashioned cracker baking expertise.

The upshot is that if it’s a cracker you crave, Ritz is there for you.

Bread is one of the most challenging things to navigate when going vegan. Although most types of bread do not

require any dairy or eggs to make, plenty of brands still add milk, whey, and other non-vegan ingredients for cheap flavor. But not Dave’s Killer Bread.

The brand was created by formerly incarcerated person Dave Dahl and has received acclaimed for its high fiber and protein – not to mention its delicious taste. And, as a bonus for vegans, all Dave’s products are free of dairy or eggs.

The benefit of Dave’s is that, as an “accidentally” vegan food, you never get the sense that you’re losing out on anything – it feels like you’re eating run-of-the-mill bread, not space food, which is always a plus.

Along with Reese’s Puffs and chocolate syrup (more on that in a moment), Oreos are one of the most surprising accidental vegan foods.

That’s because, when you taste Oreos, they don’t taste like they have any ultra-organic ingredients or alternative sweeteners – they just taste like good, average sweets. But the fact of the matter is that despite their chocolatey exterior and delicious creamy interior, standard Oreos (and most other flavors) don’t contain milk, cream, or other problematic ingredients.

This makes them an excellent alternative to snack cookies like Chips Ahoy, which do contain chocolate chips with dairy in them.

Does that mean you should be scarfing down Oreos every chance you get? No, for reasons we’ll discuss at the end of this article. But if you have a hankering for a slice of chocolate cookie heaven and can exercise mindful eating, then Oreos can be a fun treat every once in a while.

This might come as a shock, but even a chocolate brand as famous as

Ghirardelli and even a beverage as famously dairy-abundant as hot cocoa can be vegan!

Ghirardelli’s Caramel Hot Cocoa Mix contains just a few ingredients, including soy lecithin, vanilla, and – here’s the kicker – unsweetened chocolate. Long story short, there is no dairy to be found in this chocolatey delight!

It’s unclear exactly why Ghirardelli’s hot cocoa mix is vegan, but a likely reason is that it would be redundant. Since hot cocoa mixes are usually mixed in with milk, there’s no need to add more milk to the powder itself – it could overdo the flavors, and it costs less money to use unsweetened chocolate.

Next on the vegan chocolate train is Hershey’s Chocolate Syrup. This ambrosiac substance has been a treat for chocolate lovers for generations, but many do not know that it does not contain any milk!

consistency or sweetness, Hershey’s recipe uses corn syrup and high fructose corn syrup to fill both of these needs. The result is that the syrup ends up tasting delicious, and does not require chocoholics to participate in any animal cruelty.

This one may come as less of a surprise, but ramen is a common food that’s also usually vegan.

If you’re interested in the kind of ramen you buy in bulk packets at the grocery store, such as Nissin Top

Ramen, you have vegan options. The Soy Sauce and Chili flavors are vegan, so they’re an easy option if you have a ramen fix.

But if you just want the noodles or prefer to add flavors yourself, then ramen noodles themselves are always accidentally vegan. Ramen noodle recipes almost always avoid eggs or dairy, simply using wheat instead. As a result, if you’d like some noodles, you can tear them out of the package and throw away the flavor packet.

The final accidental vegan food is another surprising one. At this point in your tenure as a vegan, you may think that savory, cheesy chips are completely out of your purview. You probably think that Doritos are the last thing you can eat. But if you think that, you’d be wrong.

Doritos is most famous for its Cool Ranch and Nacho Cheese flavors (the ones in the blue and red bags, respectively), and as their name suggests, they incorporate milk ingredients. But the less famous sibling to these flavors is none other than Spicy Sweet Chili, which comes in a warm purple bag and contains no dairy.

This is great news for chip lovers: although they are not the most popular flavors in the Doritos catalog, the Spicy Sweet Chili chips are still an excellent addition to any vegan pantry and make a great snack on the road.

Can I feel free to eat accidentally vegan foods?

Now, it is possible that after reading that list of ingredients, you want to bound out to the grocery store and stock up on some accidentally vegan foods. But slow your roll there, cowboy.

Just because you can eat accidental vegan foods does not mean you always should. There are two reasons to be cautious: vegan ingredients and health.

As we saw with several items on this list, there’s a bit of a gray area. Some foods, like honey, are not vegan, but some eat them as a “cheat” food. In other cases, such as that of Reese’s Puffs, it’s hard to know whether certain nutrients have come from animal sources or not.

Second, there are health-related issues to keep in mind. Many of the foods on this list are accidentally vegan because they replace dairy ingredients with highly processed ingredients and artificial sugars, which might not be the best for your diet.

In addition, almost all of the foods we list here are snack foods, which are fine to have occasionally but should not be a part of your meal rotation

While life as a vegan can often be challenging, it is heartening to know that there are so many items out there that can be safe for vegans without compromising their ordinary flavors. This is an unequivocally good thing – it is wonderful that vegans get to try out some chocolate syrup, hot cocoa, Oreos, and more when they have a hankering!

On the other hand, you should keep in mind that simply being vegan does not make all these foods healthy. While products like peanut butter and Dave’s Killer Bread are stellar additions to any diet, the snack foods on this list are a little dicier. Approach with caution.

If you’re interested in at home vegan snacks, visit here to check out recipe ideas for vegan cookies.