If you’re looking for comfort food, Popeyes Louisiana Kitchen serves up rich, Southern meals with a Cajun flair. Popeyes has been around since the 1970s and has grown to one of the most popular fast food chains in the U.S. with over 2,700 restaurants. Their meals are inspired by traditional New Orleans cuisine and they’re famous for their fried chicken and seafood.

Like most fast food chains, Popeyes’ food is typically high-calorie, high-fat, and high-sodium, which makes it hard to find healthy choices. Additionally, many of their foods are fried in lard, which means they’re loaded in saturated fat. Fortunately, there are a handful of items at Popeyes that are more nutritious and weight-loss friendly.

Popeyes: What to Avoid

According to Jennifer McDaniel, RDN, the average meal at Popeyes has about 800 calories.

Like most fast food restaurants, Popeyes’ portions are larger and loaded with sodium and saturated fat, which have been linked to heart disease, type 2 diabetes, and Alzheimer’s when consumed frequently.

When dining at Popeyes, it’s best to avoid fried foods and foods laden with cream and dairy. Items such as the Chicken Po’ Boy Sandwich, Popcorn Shrimp, Signature Chicken, and Chicken Sandwich all contain large portions of fried meat. They also come with sauces laden with artificial flavors and sweeteners. Sides such as the Homestyle Mac & Cheese, Buttermilk Fried Pickles, Mashed Potatoes with Gravy, and Biscuits are all high in carbohydrates and saturated fat.

The Healthiest Menu Items at Popeyes

Popeyes is known for their chicken, and luckily you can order a much healthier option with the Blackened Chicken Tenders. These chicken tenders are tossed in Cajun seasoning, rather than being fried. They pack 26 grams of protein, no saturated fat, and 170 calories per serving (three pieces). Make it a 5-piece option for a meal.

A Southern favorite, the Popeyes jambalaya comes with shrimp, rice, sausage, and veggies. It has one of the lowest sodium counts on the menu, and weighs in at less than 200 calories per cup. You’ll get a balanced blend of protein and carbs to keep you full and satisfied, without added saturated fat and calories.

When it comes to beverages, it’s best to completely avoid soda as it’s been linked to weight gain and increased risk of diabetes. The Unsweetened Iced Tea is a great choice for anyone, whether you’re trying to lose weight or not. Black tea contains powerful antioxidants that provide protection against the onset of chronic diseases.

If you can’t resist a piece of that Southern fried taste, the Loaded Chicken Wrap is a much healthier option compared to the Chicken Sandwich and Po’ Boy. The wrap is a modest 310 calories and includes chicken tenders, red beans, rice, and a warm cheddar tortilla. You’ll get 19 grams of protein for a filling snack or meal.

Popeyes is known for their Bonafide chicken, or chicken consumed with the bone inside. You can get the breast, thigh, or leg, but the leg is the healthiest option. Loaded with heart-healthy dark meat, the Bonafide Chicken Leg is a healthier snack option that’s lower in fat and high in protein.

When you do a combo meal at Popeyes, you can choose from a list of sides. Sides may differ per location, so you should check ahead of time to see what the Popeyes near you serves. Healthier sides such as the green beans, corn on the cob, and coleslaw are lower in calories and have more nutrition than the biscuits or fried pickles.

Many Popeyes locations also serve breakfast. If you’re looking for a healthier breakfast option, the Popeyes grits are the way to go. Grits are made from hominy, or whole kernels of dried corn. This option is low in calories, high in protein, and great for diet-conscious customers. You can nix the butter on top to save calories.

As a fast food chain that serves primarily chicken-based entrées, there aren’t too many vegan options at Popeyes. If you’re looking for a well-rounded, satisfying vegan meal, it’s best to avoid Popeyes, since the menu is limited. Vegan options include corn on the cob, baguettes, grits (made with water, no butter on top), apple sauce, and non-dairy beverages. Beyond that, all menu items are made with animal products. Even the items that may seem vegan-friendly, such as the rice and beans, are actually cooked with pig lard. Additionally, there is a high risk for cross-contamination when non-vegan foods are in such close proximity to animal products.

Does Popeyes have breakfast?

Yes, Popeyes serves breakfast and their menu includes items such as breakfast biscuits, breakfast wraps, and sweet turnovers. However, if you’re searching for a healthier option, breakfast grits are the best choice.

Popeyes Cajun fries are not vegan, as they are fried in animal lard. Some Popeyes locations may use palm oil or vegetable oil, but it’s best to avoid them altogether if you follow a vegan diet. There’s also a risk for cross-contamination if animal products are fried in the same fryer. 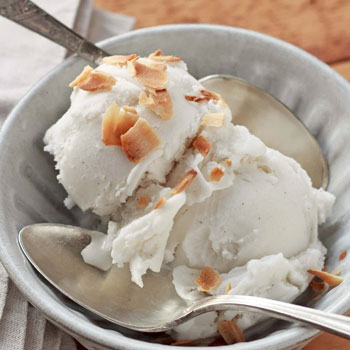