Joaquin Phoenix went vegan when he was 3 years old. You read it correctly - only 3 years!

How did this come to be? Well, at the time, the actor and his siblings witnessed a fish being killed in a brutal manner. This image etched itself into our Academy award winner's mind, which made him think twice about treating animals as food like some commodity.

Today, Joaquin Phoenix is at the forefront of the plant-based community, spreading word of animal rights and abolishing the very notion of specism. And as with most actors, most movements start with a compelling acceptance speech. 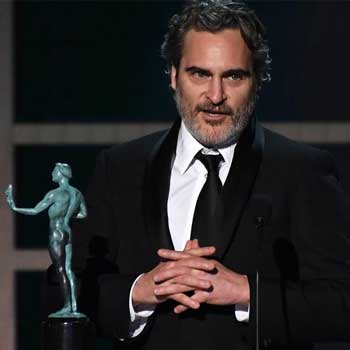 This animal rights champion and a member of PETA since year 2019 (not to mention Person of the Year) didn’t come under a bright spotlight just because of his vegan diet.

Indeed, he became a household name ever since the actor shined in the movie Gladiator, which landed Phoenix his first Academy award nomination.

But it was his speech at the last year’s Academy awards paired with PETA-initiated “We Are All Animals” campaign [1] that launched this vegan into the news and hearts of people who care about animals alike.

Let’s face it, new movies with Joaquin Phoenix tend to attract the attention of media and viewers, young and old, no matter who the director or his co-stars are. In fact, “Joaquin Phoenix movies” became a media sensation of its own due to a combination of factors.

What Makes Joaquin Phoenix So Great?

Besides being a true "level 5" vegan, Phoenix is a fantastic actor, free-spirited animal protector, leads an interesting life and makes a lot of people think about their life choices, health, environment, animal rights, and family values fit for mankind’s new era.

Most importantly, he embodies the fact that it is possible for a famous actor to be involved in public issues. One such example is the fight against the dairy industry, which the hero of our story also addressed in his speech at this year’s Oscars ceremony.

It goes without saying, fighting for the rights of our four legged neighbors is not the only ace in this Puerto Rico born, Hollywood star’s sleeve of human decency. It comes naturally for him to be a protector of nature itself, while his portrayal of men in movies such as Her, Village, or Sings, paints a picture of a different, almost extinguished kind of masculinity and heroism.

Let’s face it, new movies with Joaquin Phoenix tend to attract the attention of media and viewers, young and old, no matter who the director or his co-stars are. In fact, “Joaquin Phoenix movies” became a media sensation of its own due to a combination of factors. 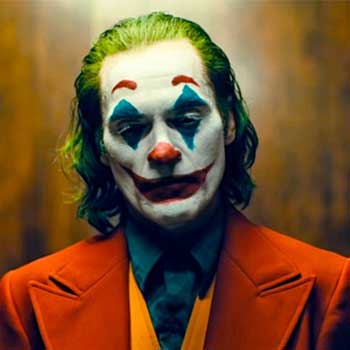 This may not be related, but a person could argue that his innate character and sensitivity, all tightly bonded with emotional care for every living creature on this Planet, are key to Mr. Bottom’s (his last name by birth) success on the silver screen and beyond.

The only “flaw” in his Joker performance was the lack of surprise - the fact that we knew all too well he’s going to nail it.

Phoenix has every right to be in the center of attention right now. Is there a Joaquin Phoenix movie, an interview, or a public appearance that left you indifferent?

Sure, a significant trait of his persona is an abundance of charisma and good looks. But there are a host of qualities under his skin and behind those eyes that deserve admiration as well.

This vegan and three times Academy awards nominee has both a remarkable career and personality.

For more information about vegan celebrities, check our blog. If you're short on time, read these:

So, Why Did Joaquin Phoenix Go Vegan? 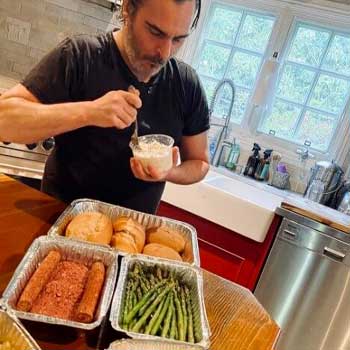 A life-changing event happened on a boat trip, on October 28th 1977. At 3 years old, soon-to-be vegan Phoenix embarked on a cargo ship with his family, leaving Venezuela.

His parents were escaping a religious cult (sounds like a subplot from the Joker) and at some point the future actor was disgusted by men smashing fish against the side of the boat in order to stun the poor creatures, one animal at a time.

As he recalls, it was “injustice” which made him “distrustful, and angry, and frightened of humans”.

Needless to say, meat was never an option again. In his mind, we should treat animals as equals, which says a lot about how delicate and compassionate his soul and character are.

It seems our beloved celebrity has it all figured out - veganism is the future and an extremely important link in the chain of environment protection.

Phoenix was lucky enough to be surrounded by a family of similar moral disposition. Not only did his parents support his decision not to hurt an animal ever again, they also went vegan almost immediately after that emotional incident.

Furthermore, ever since that fateful day, the actor has never missed an opportunity to fight for animal rights, even if it means stepping on someone's toes, making friends and acquaintances uncomfortable, or diverting public attention - a maneuver so in contrast with his line of work.

Celebrities, more than anyone, should be aware of how important their message is in a world of people desperately looking for role models who know what is morally right. Being a vegan is more than a temporary fad, and that is something Joaquin Phoenix truly knows in his heart.

A person can tell by his public appearances that his decision not to eat animal products is not derived from some fictional film of his, or others.

Joaquin thinks for himself and this is his way to not only stay on the right side of humanity, but to inspire others to follow him on his path.

Phoenix has a need to do good and he is going to see it through. It may be as simple as saying to a news reporter “go vegan”, or offer a healthy plant based diet to a close carnivorous friend.

And speaking of carnivores, even a superb intellectual and no doubt a very decent human being such as Sam Harris, said this about his stand on veganism:

What do you think? Is the idea of a vegan world still far-fetched or realistic?

Let us know in the comments below.