People still can’t comprehend why being a vegan is much healthier and better than being an omnivore. They mostly believe this is just a phase or a trend that will soon disappear.

And this is why we need people like Leona Lewis — vegan activists whose voice can reach millions and educate them on the matter. Let’s see her story.

Who is Leona Lewis?

Leona Lewis is a British singer, songwriter, model, actress, and activist. Born and raised in Islington, London, she attended the BRIT School for Performing Arts and Technology. She became world-famous when she won the 2006 third series of the X-Factor. 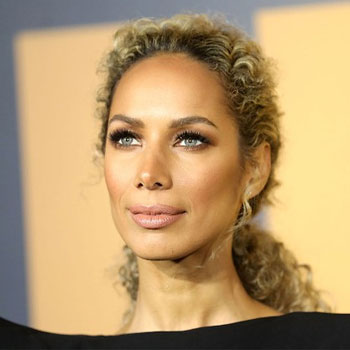 As a singer, Leona Lewis has had numerous accomplishments. But, her journey wasn't easy. Before becoming world-famous, Leona Lewis had quite a few failed attempts at breaking through.

She recorded a couple of songs and a demo album, but it didn't get her a contract with a recording studio.

However, one of those songs became a London underground music scene hit, so she decided to try her luck in the famous competition.

Her X Factor winners single — the cover of Kelly Clarkson's "A Moment Like This" was on the UK Singles Chart number one for four weeks straight. It also broke a record with 50,000 digital downloads in only 30 minutes.

Lewis recorded three more albums that were equally as successful as the first one. She gained international fame.

However, in 2014, singer Leona Lewis turned to acting and landed a few roles in series, films, and even had a Broadway debut. Most recently, she starred in The Oath — a TV series that premiered in 2019.

As a singer, Leona Lewis has had more than a prolific career, but professional accomplishments aren't the only ones. She's had equal success as an animal rights activist, so let's see what motivated her in that field.

Why did Leona Lewis Become a Vegan?

Leona Lewis has been a vegetarian since she was 12 and turned to veganism in September 2012. The main reason for quitting the animal diet was her immense love for animals. She explains this beautifully in a magazine interview:

“I would go to farms lot with my mum when I was younger to look at the animals – chickens and pigs – and I began to realise that I was eating those same farm animals I loved to go to feed and to be around all the time. I remember saying to my mum I just would not eat it any more. I stopped when I was about six or seven.”

She went to and from the plant-based diet but finally settled on being a vegetarian in her teens. She would also see posters for animal testing all around London, which was another reason for turning to vegetarianism.

She became a vegan some years after, in 2012. Besides not eating an animal-based diet, Lewis also uses only ethical beauty products.

What deters people from veganism is that they believe the lifestyle is too hard or too expensive to follow. Now, some options aren't the most affordable.

But, let's see Lewis’s  weekly menu and how easy it is to avoid the animal products in your diet.

If you maintain a balanced vegan diet, you can get a lot of protein from the plant-based diet, as well. You won't need animal products for that.

Amazingly, Hopefield currently looks after over 500 neglected animals.  Lewis and Hopefield definitely have the same goal in mind and that is to spread the word of humane animal awareness.

Her animal rights activism gained her quite a reputation. PETA gave her the person of the year and the sexiest vegetarian awards.

She was also the brand activist for The Body Shop and the MTV Staying Alive ambassador to educate people on becoming vegan, plant-based eating, and protecting the animals' rights.

Lewis gained attention from all the news in 2008 when she turned down a 7-figure sum to open a Harrods store. The reason for this? Animal suffering and her vegan principles. At the time, Harrods was the only department store in the UK selling fur, hence her decision.

She wowed the news once again in 2019 with her vegan wedding.

For those who want to read more about other famous vegans, check out why Arnold Schwarzenegger made the switch to completely plant-based food and learn Jim Morris' secret for an incredible look.

What Have We Learned from Leona’s Vegan Story?

If you love animals and have at least a bit of compassion in your heart, you won’t have a hard time switching to a plant-based diet. Veggies and fruits are a good source of protein and vitamins you need, so you won’t suffer. However, veganism can save lots of animals from suffering. One person can make a huge difference.

I am a health enthusiast ,yoga lover and reader. I am a mother of two , ages 16, and 20 and feelage is just a number. I have a certification from Dr. Sears wellnessinstitute, and have been helping people make healthier choices eversince. I am a lover of plant based food and enjoy spending time with myminature poodle and my amazing family.