Is Bill Nye “the Science Guy” Vegan?
His Take on The Climate Change

There’s been questioning if Bill Nye is vegan or on a plant-based diet.

We gathered some research, so let’s see if he is vegan and what his take is on veganism and our planet's future.

Is Bill Nye a Vegan?

While Bill Nye the Science Guy seems generally supportive of veganism, he has never fully opened up about his personal diet choices, so we’re still left guessing if the famous science guy could also become ‘’the vegan guy?’’

Vegan or not, he got points from the vegan community for speaking up on the benefits that a plant-based diet could bring to our planet.

In the 2017 episode of Big Think a young viewer from Scotland mentioned that she became vegan after watching documentaries about the impact on climate change like ‘’Cowspiracy’’ and ‘’Before the Flood’’ and was ‘’terrified’’ by what she saw.

She asked Bill Nye about the conflicting data on the amount of global greenhouse gas emissions and carbon footprint caused by animal agriculture.

The legendary science guy then explained that it can be difficult to measure the exact amount of greenhouse gases produced by cows, sheep, and goats.

”However, it’s very reasonable that we’re creating a tremendous amount of extra methane [1] that wouldn’t otherwise be there in the atmosphere, and that is causing global warming and climate change [2] to happen more rapidly than [it] would otherwise,”

he said that as the human meat-eating diets are increasing.

He also explained how the impact on climate change and on these farm animals are able to produce such a tremendous amount of methane:

‘’Make all the jokes you want, but methane is a very potent greenhouse gas, and as the human population increases so too does the size of the meat industry that caters to it. ‘’

In the same video, he said his own diet is becoming ‘’increasingly plant-based’’, which leads us to the conclusion that he’s not vegan, at least he wasn’t at that time.

Discussing greenhouse gas emissions and efforts to reduce them by switching to a plant-based diet, he said that ‘’it seems like a good idea’’. So, has Bill Nye gone completely plant-based since then?

You can watch this video for his full explanation: 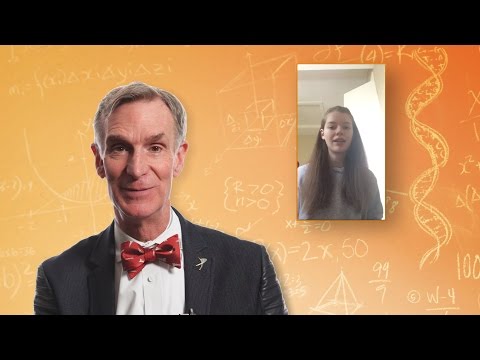 Can a plant-based diet save the world?

As he sees it, changing the bacteria in livestock's stomachs so they metabolize food with less methane byproduct could be one of the future solutions, according to Nye.

So, we’re left wondering if it’s really more effective to re-engineer the ingestion process of farm animals rather than to just quit eating meat. Of course, we can’t convince the entire population to go vegan, and as he says, ‘’plant-based diet is tricky for some people’’, but can our planet just sit and wait until cows’ farts become methane-free? Most vegans would second that.

On the other hand, on Reddit’s ‘’Ask me anything’’ in 2017, commenting on the future of the food industry, Nye said that ‘’plant-based diets are the future’’.

He also added he looks forward to ‘’food preparations that are ‘’not ‘’derivative bits, as we say in comedy writing. Instead of coconut bacon, for example, I hope there are just delicious stand-alone coconut preparations.’’

‘’We couldn’t agree more with Bill Nye’s thoughts on how raising animals for food impacts impacts the environment!’’

In one of his episodes of ‘’Bill Nye Saves the World’’ he uses his trademark comedy style to diss some aspects of the paleo diet, which left quite a few paleo followers disappointed. Some vegans though took this as another wink of approval of a plant-based diet from the science guy [5].

So, Is Bill Nye a Vegan?

Kudos to Bill Nye the Science Guy for speaking up and acknowledging that plant-based diets could help combat climate change.

However, the vegan community seems divided when it comes to Bill Nye and veganism.

While his confirmation of plant-based diet efficiency struck the chord with most people in the vegan community, his lack of urgency to take action is what is a bit disappointing.

We’re still curious about whether he kept his ‘’meat reduction’’ diet or went fully vegan in the meantime.