What Are Nootropics And Why You Might Want to Take Them?

What are nootropics? This is a question that is becoming more and more popular as people become interested in improving their cognitive function. Nootropics are substances that can improve various aspects of your life.

They do this in a number of ways and in this blog post, we will discuss what nootropics are, the different types available, and how you can start taking them today.

Nootropics have been growing in popularity over the past few years and with good reason. They are primarily known for their cognitive-enhancing effects and have been shown to improve things like memory, focus, concentration, and overall brain function.

In addition, nootropics can also help reduce stress and anxiety levels, increase energy levels, and protect the brain from damage. Nootropics help speed up the blood circulation that flows to your brain, which in turn helps to deliver more oxygen and nutrients.

These benefits from nootropics aren't just short-term either. They can last for long periods of time and improve overall cognitive function. Nootropics are both man-made but they also occur naturally in some foods we eat.

Some of these supplements even protect your neural pathways as you age and keeps your brain much younger with a constant supply of blood and oxygen.

The Different Types of Nootropics

You'll find various types of a nootropic supplement available on the market today. Each one has its own set of benefits and can be taken in a variety of ways.

Not all nootropics are going to have the same effect and some are going to be stronger than others. While this might be good for your cognitive function, you might now always welcome a specific type of nootropic depending on what you're doing.

It's important to find the right nootropic for you and to start with a low dose. You can then increase the dose as needed if you aren't feeling the effects that you desire.

Here are some of the best nootropics available.

You'll find this naturally occurring nootropic in drinks like black and green teas. It's essentially an amino acid that can help to improve focus, concentration, and energy levels.

Some studies have shown that l-theanine can help increase alpha waves in your brands which can contribute to a relaxed but very alert mental state.

CDP-choline isn't as popular in America as it has been in Europe where it is mostly prescribed as a prescription medication. It has been shown to help with memory and can even have an effect on people suffering from dementia caused by vascular problems in the brain.

CDCP-choline has not shown any major side effects so it's a great start if you are just getting into nootropics.

You'll find creatine mostly in sports supplements but it can also be taken as a nootropic. It helps to build muscle mass in the body but it's also shown to improve cognitive function.

You should experience improved reasoning skills and your short-term memory should improve. Taking creatine monohydrate will also increase your levels of ATP which is the energy source for your cells.

Bacopa monnieri is a herb that has been used in traditional Indian medicine for centuries. It is now being studied for its potential effects on cognitive function.

Early research suggests that bacopa may improve memory, learning, and thinking skills. It also seems to help with stress and anxiety. Bacopa is thought to work by increasing the levels of certain chemicals in the brain that are involved in memory and learning. 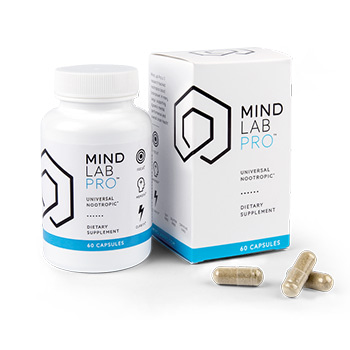 Can nootropics be harmful?

How do nootropics work?

Nootropics work by increasing the levels of certain chemicals in the brain that are involved in memory and learning. This can help to improve cognitive function and memory.

No, nootropics do not affect hormones. Nootropics work by increasing the levels of certain chemicals in the brain that are involved in memory and learning.