There's a reason "going for gold" is a metaphor used even outside the Olympic (and even sporting) arena. My aunt once used it when describing an upcoming baking venture. There wasn't even a competition involved. She just wanted to bake something awesome.

Olympic gold medals are the holy grail of sporting achievement. Even qualifying for the event is an enormous honor.

Recently I wondered if the vegan community is represented at this level. The vegan diet isn't popular amongst high-performance athletes for reasons we'll get into later, so I was surprised to find that there were actually quite a few. 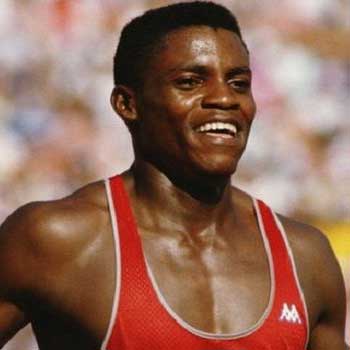 I can almost hear you thinking this - mostly because the same thoughts went through my head. Was Carl Lewis vegan? The IOC's "Sportsman of the Century?"

Well, he was, and he wasn't. It was only in Barcelona (1992) that Lewis had adopted an entirely plant based diet.

The track and field superstar had always had a complicated relationship with food.

Nutrition-focused lifestyles weren't as popular during the 80s and early 90s as they are now, and there wasn't much professional assistance in this area.

Lewis openly admits to not paying sufficient attention to his diet for a large part of his career [1].

However, by the time Barcelona (1992) came around, he had gotten this sorted out. By then, he'd adopted a strict vegan juicing diet and received input from several nutritionists. Despite approaching the age of 30, Lewis still won two gold medals in Spain.

The older of the two Williams sisters became a raw vegan in 2011 shortly after being diagnosed with Sjögren's syndrome - an immune-system disorder that causes muscle pain and fatigue.

Less than a year after the diagnosis - something that may have ended the then 31-year old's career - Venus Williams participated in the 2012 London Olympics.

Despite being ousted in the third round of her singles campaign, she went on to win the gold in the doubles with her sister, Serena.

Williams also participated in the Rio de Janeiro games of 2016.

Having overcome the disappointment of crashing out in the first rounds of both the singles and doubles events, she and her partner Rajeev Ram progressed to the final of the mixed doubles competition, where they won a silver medal.

The win put her alongside Kathleen McKane Godfree on the tally of Olympic medals won by a female tennis player. 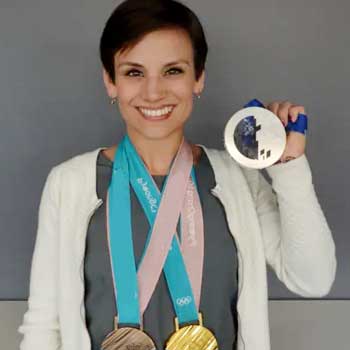 The Canadian figure skater, who won a silver medal in the Sochi Winter Olympics (2014) and a gold medal in PyeongChang (2018), went vegan specifically because she felt it would boost her performance.

In fact, she decided to follow a strict plant based diet as early as 2008. In an interview with Huffington Post Canada, Meagan Duhamel admitted that her decision is unlikely to be temporary.

Well, Meagan, we salute you. Even to this day, she doesn't eat animal products, and commits herself to foods that she claims improve her training, focus and recovery. 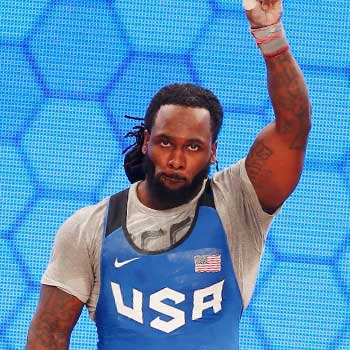 Though he still hasn't felt any Olympic medals on his massive neck, Farris competes in a sport where following a plant based diet is incredibly rare - weightlifting.

Of all the vegan Olympic athletes we featured in this article, Kendrick Farris is the only one to admit that he went vegan purely for ethical reasons.

"I don't agree with the way the animals are mass-slaughtered. So that's one thing that kind of got me looking at what they call a vegan diet," he told the Huffington Post.

Farris started following a vegan diet in 2014 - two years before his appearance in Rio, where he sadly failed to step onto the hallowed podium.

While he may still be searching for glory at the Olympic Games, Farris does have the honor of holding the US record for the clean-and-jerk. He broke the record in 2016 - lifting an astonishing 831 pounds (377 kg).

You May Like: Pamela Anderson Has Been Vegan Since Her Early Teens (Her Shocking Story Revealed) 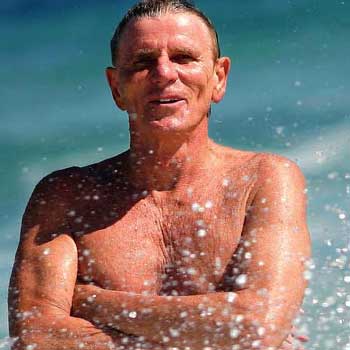 Murray Rose was a vegan at a time when shunning meat was considered an oddity.

Still, many people nowadays regard this late Australian swimmer and a six-time Olympic medalist as one of the pioneers in vegan athleticism.

Seems that he was indeed onto something. For a time being, he even managed to hold Olympic records in three different swimming events: 400-meter, 800-meter, and 1500-meter freestyle.

But the coolest thing about Rose is that he was doing it vegan-style during the 1950s and '60s, when the very idea of following a strictly plant-based diet was out of this world.

Although many considered “subsisting on vegetables and seeds” a weak attempt in providing body sustenance, many athletes now find that smart dieting is synonymous with career longevity.

Whatever your opinion may be, Murray truly is a trailblazer of Australian swimming - one that’s worth remembering among vegans, too. 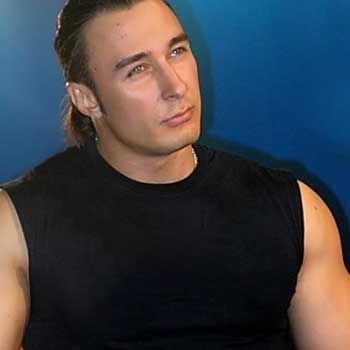 No list is complete without a gold medalist coming straight from the Motherland. Though I have to say, Russia’s bobsledding champion, Alexey Voyevoda, seems to wear many hats.

Besides winning the World Championship and bringing home two medals from the Winter Olympics, he is also (you’ve guessed it) vegan.

He told PETA UK that he initially approached his plant-based diet from a purely scientific standpoint.

But through time, he discovered the ethical background behind his decision, one that he feels brings him happiness.

Or as he likes to put it, “I love happy, living animals!”

But that isn’t the most amazing thing about our final Olympian. His trophy rack boasts yet another peculiar title. He is, in fact, also a world-champion arm wrestler. Now, I know Russians have a knack for eating bears and elk, but him being vegan and freakishly strong is a reassuring thought.

Other Articles About Popular Vegan Celebrities:

Getting to compete in the Olympics is no small matter; it's the pinnacle of sporting achievement. Getting there takes a lifelong commitment to your sport. It takes a level of dedication that few people are capable of.

For a vegan to qualify and win a medal at the Olympics takes something beyond special. It kinda makes me reflect on the times I whine to myself about the challenges I face in my daily life and how tough it is to combine my active lifestyle with veganism.

After writing this article, I think I'll stop doing that.