In recent years, SARMS and peptides have become popular among bodybuilders and athletes for their muscle-building effects. One company in particular, PureRawz, is well-known for producing these supplements and in this article you’ll get a comprehensive review on each one.

We’ll discuss what SARMs and peptides are, how they work in the body, and some things to keep in mind if you’re considering using them.

PureRawz is a research company that specializes in sports nutrition. Their products are designed to help athletes and bodybuilders improve their performance.

They offer a wide range of SARMs and peptides, as well as other supplements such as pre-workouts and protein powders.

They specialize in making SARMs and nootropics in a number of different forms including tablets, capsules, liquids, and even powder form.

They use a patented suspension method which helps to ensure you get easy and precise dosing every single time.

SARMs have become very popular in recent years and are often compared to steroids.

They are short for selective androgen receptor modulators. 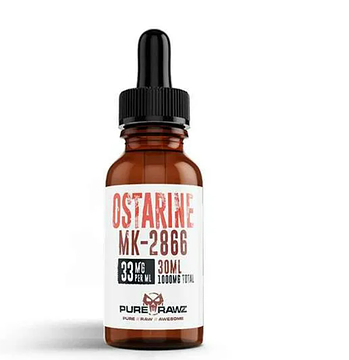 Androgens are hormones that play a role in the development of male characteristics, such as muscle mass and strength.

SARMs work by binding to androgen receptors, which then leads to an increase in muscle mass and strength.

However, unlike steroids, SARMs are selective in how they bind to androgen receptors.

This means that they can provide many of the same benefits as steroids without some of the negative side effects.

Peptides are similar to SARMs in that they also help to build muscle mass and strength.

However, peptides are hormones that are made up of amino acids.

They work by stimulating the release of growth hormone in the body, which then leads to an increase in muscle mass and strength.

Some of the most popular peptides include CJC-1295, GHRP-06, and Ipamorelin.

PureRawz offers a large selection of different types of SARMs including ostarine, RAD 140, MK 677, and ligandrol.

You’ll find a range of methods to consume SARMs including tablets, liquids, and capsules.

All of their products are backed by a certificate of analysis to ensure they have the correct potency and quality.

You’ll also get a 100% satisfaction guaranteed seal on every purchase so you can contact the company if you have any issues.

Peptides from PureRawz are just as abundant as the SARMs products. You can find popular versions like ipamorelin, BPC-157, TB-500, and Melanotan 2.

You’ll also get the same patented release method that ensures potency and quality.

Peptieds come in strictly liquid form and are administered via subcutaneous injection.

Side Effects of PureRawz SARMs and Peptides

SARMs and peptides can cause a number of side effects including liver damage, hair loss, acne, and testicular atrophy.

It’s important to speak with your doctor before taking any type of supplement, especially if you have a medical condition.

SARMs and peptides are not for everyone and should be used with caution.

If you do decide to take them, make sure to follow the dosage instructions carefully and monitor yourself for any side effects.

Is SARMs Safe to Use?

SARMs was originally studied to treat muscle wasting diseases such as cancer and AIDS.

SARMs have been shown to be effective in increasing muscle mass and strength in these patients.

The FDA has warned that people who take SARMs could be at risk of very serious life-threatening reactions. There have been cases of liver toxicity reported and the FDA warns of the risk of heart attack and stroke when taking SARMs.

There will need to be further studies done to show exactly what the long-term effects are when taking SARMs.

Are Peptides Safe to Use?

Peptides are deemed by medical professionals to be relatively safe when used as directed.

Peptides naturally occur in everyday foods such as milk and meat products.

They are also found in high concentrations within our bodies.

The most common side effect peptides users report is local injection site reactions, such as redness, swelling, or bruising.

As with any supplement, it is important to speak with your physician before taking peptides.

This is especially important if you are pregnant, nursing, or have a pre-existing medical condition.

Cardarine is a synthetic, non-steroidal drug that was designed to help treat muscle wasting diseases. It has since been shown to be effective in increasing muscle mass and strength.

What is 5 Alpha Hydroxy Laxogenin?

Laxogenin is a plant-based steroidal saponin that is found in the Smilax genus of plants. It has been shown to have anabolic effects on the body, which can help to increase muscle mass and strength.

BPC 157 is a pentadecapeptide made up of 15 amino acids. It has been shown to have a number of benefits including anti-inflammatory and analgesic effects, as well as the ability to promote healing.