Skip to content
Home » Supplements » Peptides vs. Retinol
a

Peptides and retinol are popular substances used primarily for skin care but have many additional uses.

In this article, you will learn the difference between peptides and retinol, the benefits and downsides of using these substances, their similarities and differences, and whether you can use them both at once. 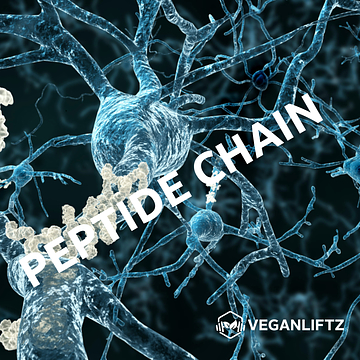 Peptides are short strings of amino acids, which are the molecules that combine to form proteins. Often referred to as the “building blocks” of proteins, amino acids are essential to human health. They build muscle and regulate your immune system, making them invaluable in the processes of growth and healing from sickness and injury.

Most amino acids are nonessential (except in extreme circumstances such as pregnancy or severe injury and illness). Nine are essential nutrients: phenylalanine, valine, threonine, tryptophan, methionine, leucine, isoleucine, lysine, and histidine.

Peptides are naturally found in foods (such as meat, beans, milk, and several seeds) and synthesized in a laboratory. Synthetic peptides come in several forms, including pills, powders, injectables, and specialized protein shakes.

One of the most popular forms of peptide supplements is collagen peptides. These are most commonly taken to improve skin health and appearance and are often touted to have an “anti-aging” effect.

Many skin care products contain collagen peptides, such as lotions and creams for the face and body, alleged “anti-aging” serums, and cosmetic face masks. They purport to reduce wrinkles and produce smooth skin.

Creatine peptides and growth hormone secretagogues (GHS) are also popular, especially among athletes, bodybuilders, and other individuals concerned with high performance. Marketers promote them as an organic alternative to anabolic steroids, which are well known for their harmful side effects.

The liver, pancreas, and kidneys produce creatine and send it to your muscles and brain. Users believe it enhances your performance by growing your muscle mass and upping your physical strength. You can find it in most seafood and red meat, but people using it for athletic purposes also take supplements.

As they are composed of one of the most necessary materials in the human body, there are many health and fitness benefits to taking peptide supplements.

For many people, peptides are easier to take than protein supplements. Because of their smaller size, the body can more easily break down peptides and absorb them into the skin and intestines, meaning that they take effect faster than full-size proteins. Bear in mind that peptides consumed through food are easier for the body to absorb than supplement products.

Peptides often have similar properties as antioxidants, substances that prevent or repair damage caused to your cells by “free radicals,” substances that cause your body oxidative stress. This is another reason that they are used to promote growth and good health.

Peptides are the central ingredient of many FDA-approved medications such as leuprolide, insulin human, and gramicidin D. Doctors prescribe them to treat conditions affecting the body’s tissues and immune system. Examples include breast cancer, type 2 diabetes, and certain infections.

As beneficial as they are, you should use peptides and peptide-based products wisely to avoid misinformation and possibly harmful side effects.

Many sellers advertise peptides as being for weight loss, partly because many work by stimulating the release of hormones: for instance, some for muscle growth and others for the destruction of fat cells. Common types of peptides marketed for this use include ipamorelin and follistatin.

However, while the subject is currently under study, there is presently no data supporting the idea that peptides can help you lose weight or keep it off.

Be aware also that GHS supplements are a doping agent banned in professional sports, so we do not advise using them in competition. 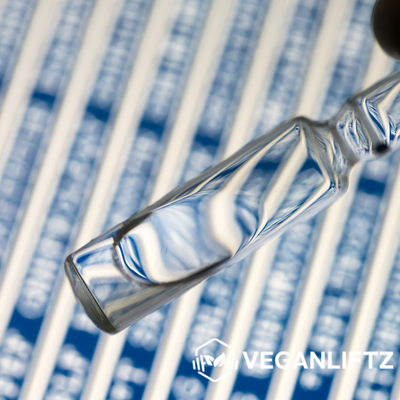 Retinol is a retinoid, a compound that is closely related to vitamin A. It is also known as vitamin A1. Retinoids are often used in medicine to regulate the growth of epithelial cells, which line many essential surfaces on your body including the skin, intestines, urinary tract, and blood vessels.

Vitamin A and its resultant compounds are essential to good vision and eye health, immune system function, and cell growth, particularly as it relates to reproduction and fetal growth.

Prescription retinoids are powerful drugs. Though most retinol on the market is less potent, it is still the strongest over-the-counter version of the substance. It is best known for being a key ingredient in many skin care products.

Many exfoliating products purport to work by removing dead skin cells to make your skin look fresher and younger and to remove wrinkles. However, retinol not only does that but is intended to go deeper: literally!

When applied to the skin, retinol molecules are absorbed into the inner layers of your skin, where it eliminates any free radicals it encounters and stimulates the production of collagen and elastin.

As stated earlier, collagen and elastin are essential to skin health. Collagen is a protein found in connective tissues, bones, joints, cartilage, and skin and contributes to tissue repair and support. As a considerable component of your structure, collagen is found all over your body.

Elastin is another protein that is part of your connective tissue. As its name suggests, it is very stretchy and aids in the movement of your organs and tissues (such as blood vessels and ligaments) by helping them stretch. For instance, your lungs need to expand and recoil as you breathe, and elastin makes this possible.

As you get older, your body does not produce as much collagen or elastin, leading to the dreaded wrinkles and sags in your skin due to a lack of support and elasticity.

As such, retinol treatments seek to reverse that loss by restoring collagen and elastin to your body.

Because it is an offshoot of an essential vitamin, retinol has many health benefits.

The increase of collagen and elastin in the body created a restorative effect used to treat skin conditions such as acne and acne scars, wrinkles and lines, sun damage, uneven texture, and forms of hyperpigmentation such as melasma.

Additional effects include better color in the skin via stimulating the production of both melanin and new blood vessels and improving blood flow. In the same vein, it reduces the appearance of sun damage and age spots.

Retinol also reduces acne by decreasing the level of oil in the skin and helps heal acne scarring by stimulating cell growth.

However, like any treatment, there are some precautions you should take before using retinol on your skin.

We do not recommend retinol for long-term use. Though you use it for treating the effects of aging skin, using retinol-heavy products that are too strong for you or using them for too long runs the risk of thinning your skin and causing peeling, dryness, and irritation. Overly thin skin also makes you more vulnerable to sun damage.

While a correct dosage will properly and healthily thicken your skin, overuse will create the aging effects that you are trying to avoid in the first place! We also recommend sunscreen with a high SPF to counteract increased sensitivity to the sun.

(Some irritation is normal when you are first starting on a retinol product and does not mean you are using a too-strong dosage. Try using it only every other day at first. If irritation continues past the first few days or worsens, stop using the product immediately.)

In addition, if you use a too-strong retinol product in an attempt to treat hyperpigmentation, it could cause unwanted lightening of the skin and worsen the problem. 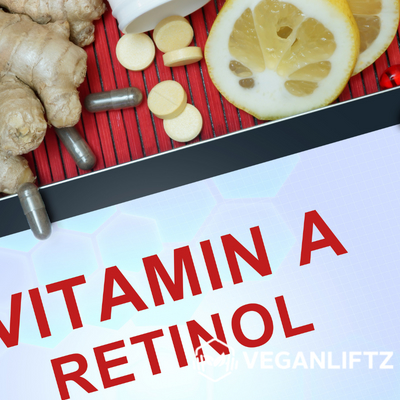 Comparison of Peptides and Retinol

Many people want to know whether they would be better off using peptides or retinol for their diet, health, or fitness needs. It is a complicated decision considering how similar the two substances are.

Similarities Between Peptides and Retinol

Peptides and retinol are both marketed as strong rejuvenating products. They are primarily used to treat skin conditions such as wrinkles and aging effects. They both do this by stimulating the production of the support protein collagen in the body.

Differences Between Peptides and Retinol

For starters, peptides and retinol are derived from different substances: the former from amino acids and proteins and the latter from an essential vitamin.

Both produce extra collagen in different ways. Peptides are similar enough to decomposed collagen that the body is triggered to produce more, “thinking” that its collagen levels are unnaturally low. Retinol, converted into retinoic acid through absorption into the skin, takes effect deep inside the skin’s inner layers and directly stimulates collagen production.

While retinol is usually applied topically and absorbed into the skin, peptides are ingested in several different ways and tend to affect larger areas of the body. Peptides’ restorative effect extends to their moisturizing properties, while retinol can dry out or irritate the skin.

Finally, there is more research proving that retinol is an effective skin care product, while the results of using peptides are still being studied and there is less certainty about their effectiveness.

Can I Use Peptides and Retinol Together?

Peptides and retinol do not interact poorly with each other, so it is safe to use them both together.

Their similar effects mean that they work exceptionally well together, and their differences mean that they can counteract each other’s side effects. Peptides’ antioxidant properties stimulate increased cell growth, which works wonders against both skin conditions and the side effects of retinol.

Many healthcare specialists recommend using stronger skin products first, so if you’re using both at once, retinol goes on first. Some users prefer to apply retinol at bedtime because you need not worry about sensitivity to the sun at night, and peptides in the morning to strengthen your skin before you leave to face the sun, wind, and cold that might affect it. 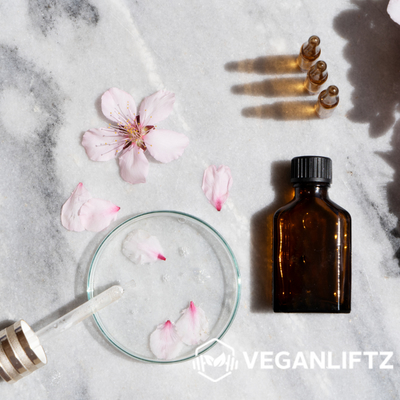 In summary, you can safely and happily use peptide and retinol products together. You only need to understand the effects and risks attached to either one and be sure to use them responsibly. Talk to your healthcare provider to see if peptides or retinol are right for you. Remember that allergic reactions are always possible!

Also, remember that the United States Food and Drug Administration (FDA) does not regulate supplements or cosmetics (such as collagen) as thoroughly as foodstuffs and medicine. To avoid harmful materials that may have slipped through the cracks, do extensive research and check ingredients carefully before you buy and consume a product.

If you have more health-related questions or concerns, contact us or explore our site further! We have plenty of articles to satisfy all your curiosity about a healthy and happy vegan lifestyle.