The fact that veganism is taking the world by storm gets confirmed each time a celebrity announces that they’re switching to a vegan diet.

However, some of them then quit their plant-based goals, causing outrage of the vegan community, while others remain dedicated to their new-found lifestyle.

Billie Eilish announced in 2014 that she’s crossing out all animal products from her menu, but many of her fans have been wondering if she’s still a vegan?

Table of Contents
Is Billie Eilish a Vegan? Childhood Diet Why Did She Go Vegan? How Does She Avoid Animal Products? 5 Billie Eilish’s Favorite Foods What About Honey? Fashion and Veganism Billie Eilish on Climate Change Final Thoughts on Billie Eilish's Vegan Story

Is Billie Eilish a Vegan? 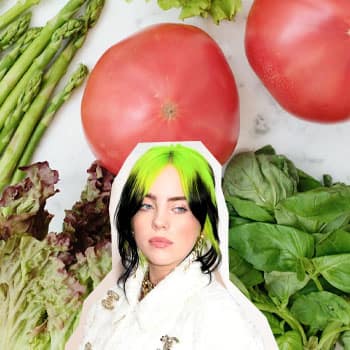 There’s very little room for the guessing game since Billie Eilish has been very open about veganism and animal welfare.

So, yes, she is a proud vegan and wants the world to know it.

However, judging by many of her interviews on the topic, she’s not the kind of vegan who aggressively imposes her beliefs and eating habits on others.

She just genuinely loves animals and enjoys her plant-based menu to the fullest.

Billie stated in a video interview from 2018. She further explained that ditching all animal products was a breeze for her: 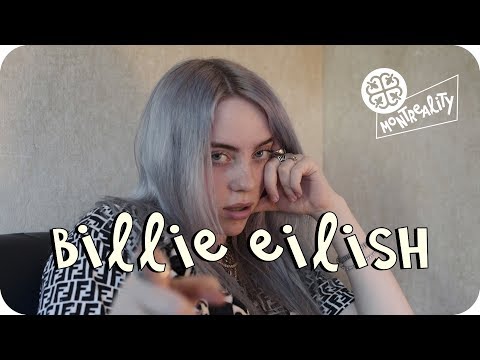 For Billie Eilish, the vegan lifestyle was normal because she was raised in a vegetarian family.

Her mother, Maggie Baird, forsaken meat and became vegetarian in the 70s when she was a teenager, but her dad, Patric O'Connell, still ate meat when he met his future wife in the 80s. A couple of years later, he jumped on the vegan bandwagon and even today meat remains banned in Billie Eilish’s home.

Finneas O'Connell, Billie’s brother who collaborates on creating lyrics and music, has also followed a plant-based diet for years.

Despite her struggle with iron deficiency, Billie Eilish has never questioned her vegan choices, but she developed a taste of unusual items like coins and jewelry, and blood:

Why Did She Go Vegan?

After being on a vegetarian diet since childhood, the famous singer went vegan in 2014 for many reasons, one being that she adores animals and recognized the health benefits of eliminating dairy from her menu.

In reply to one of her fans on Tumblr, she explained: ‘’I love animals and I just think there’s no point in creating something out of an animal when the animal is already there. Leave animals alone. Damn. Also, I’m lactose intolerant and dairy is horrible for your skin and my skin is very aware of that [3].’’

Not only is dairy horrible for your skin, but it’s also horrible to animals, which so many people are blissfully unaware of.

Being an animal lover and vegan, she felt compelled to share a disturbing video showing how animals are abused and tortured in the dairy industry.

The footage she shared in her Instagram story in June 2019 documents an animal abuse scandal in the dairy industry recorded as a part of an extensive undercover investigation into Fair Oaks Farms, the largest dairy farm in the U.S that supplies Fairlife, a subsidiary of Coca-Cola. Fair Oaks claims to produce a “premium” line of milk with “grass to glass” traceability.

Eilish was outraged by what she saw:

"I keep my mouth shut most of the time about this because I believe everyone should do, eat, and say whatever they want... and I don't feel the need to shove what I believe in, in anyone's face. “but man.. If you can watch the videos that I just posted and not give a f—k that it’s YOU contributing by LITERALLY EATING the creatures that are being fully tortured just for your pleasure. I feel sorry for you,”

she wrote. You can watch Fair Oaks Farms video here, but be warned - it will make you sick to your stomach.

How Does She Avoid Animal Products?

When she first started touring, Billie Eilish admits that it was a challenge to stick to a plant-based diet, so she relied on whatever she could buy in venues where she performed, which, in most cases, wasn’t anything glamorous, but it was at least vegan.

The fact that she even unwillingly lost some weight in her early touring days proves that she was and still is serious about her vegan diet.

In the meantime, she hired her own vegan catering company while on tour, which made it so much easier to her and her crew.

1. Avocados - Her fans know that she’s very much into avocados. Even her social media handles indicate her love of this fruit. Although her diet involves a lot of other fruits and veggies, avocados seem to be the most welcome on her menu.

2. Burritos - Keep ‘em coming in large quantities! In her 2019 Instagram post that later turned up on Twitter, she recorded herself ordering 18 bean burritos at Taco Bell.

3. Mashed potatoes - Is actually her number one choice and she’s been a fan of this comfort food since she was a child.

4. Chips and Cheetos - She isn’t shy about being big on snacking. Billie even wonders:‘’Why would you eat an animal when you can eat some chips?’’ Bur some vigilant fans noticed that in one of her photos on Snapchat she was eating non-vegan Flamin’ Hot Crunchy Cheetos. Ouch!

5. Sweets - When she’s not busy making music, Billie enjoys cooking and baking. ‘’It’s like a therapeutic thing to me to bake cookies’’, she says. Let’s hope that they’re eggs and dairy-free. Speaking of cookies, her favorite ice cream is cookie dough flavor.

Being a vegan, Billie Eilish is eager to motivate others to abandon animal-based products and make a more compassionate choice. In an effort to promote vegan lifestyle, Eilish teamed up with UberEats to organize a road trip that features her favorite vegan restaurants across the U.S.

She also believes that diet is closely connected to how we feel. Both outside and inside. In this video interview she’s shares the joys of regular bowel movements:

‘’Pooping is my favorite part of the day. There was one day I pooped eight times… That was the best day of my life. And they were all solid, good poops too.”

Now, that’s a bold and innovative way to encourage people to include more fiber in their menu.

For most vegans, honey qualifies as ‘’forbidden fruit’’, but like with other things in her life, Billie does veganism on her own terms. She still eats honey to boost her immune system when she’s feeling sick.

Although production of honey doesn’t directly involve animal cruelty, it causes a number of environmental problems.

So, does eating honey still make Billie Eilish vegan? Well, aside from this sweet offence and a couple of other minor lapses, she still identifies as vegan and, according to Billie, her diet remains strictly meat and dairy-free.

Vegans among her fans are hoping that she’ll change her mind and switch to vegan alternatives to honey in the future.

For Billie Eilish, vegan lifestyle  extends beyond diet. Although she occasionally wears leather, Eilish advocates animal welfare and in one of her Instagram posts she clearly opposes wearing fur.

However, in her video for the song ‘’All  The Good Girls Go To Hell’’ she appeared wearing feathers, but she was probably unaware that those were real.

Maybe she’ll get inspired by fellow musician and former vegan Miley Cyrus who ordered custom made fake feathers for her video ‘’Don’t Call Me Angel’’.

In the beginning of 2020  Billie Eilish also launched her sustainable clothing line for retailer H&M.

Billie Eiliesh believes that what we choose to eat can have an enormous effect on our planet and that’s what inspired her to team up with Woody Harrleson in supporting Greenpeace and FridaysForFuture in their efforts to stop global warming.

Being a proud vegan, Billie is making a difference and leads by example in speaking up for animals, our planet, and hopefully inspires many to at least reconsider their values.

In 2019 she even hired a company that would help her touring become greener:

“So there are no plastic straws allowed, the fans are going to bring their own water bottles, there’s going to be recycled cans everywhere” - says Eilish.

We also couldn’t help but notice how she often sports green color in her outfits, and even her hair. Maybe we should take that as a subliminal message from Billie.

What makes Billie Eilish vegan is her animal-rights activism and the fact that the majority of her diet is plant-based, but there are still some aspects of her life that are not fully vegan.

But every little step towards cruelty-free world matters, so even if she wears leather shoes or bags occasionally, this fierce young star proves that there is something all of us can do to live a more sustainable and more compassionate life:

“I understand that meat tastes good.. and I know you think you’re just one person and it ‘won't change anything if you stop - but that’s ignorant and stupid. If you have half a brain, you should know ‘one person’ adds up. Be smarter.’’