Finding a new supplement to add to your workout regime is complicated. There are many options on the market nowadays, and researching every available supplement is a near-impossible task.

Thankfully, we’ve put together a comprehensive Huge Ecdysterone review. Learn precisely what ecdysterone is, how it works, how to use it, and what results you can expect.

So, what exactly is ecdysterone? It is a phytoecdysteroid, a group of naturally occurring hormones derived from certain plants. It’s also known as ecdysteroid in insects and is responsible for their molting.

Studies have shown that ecdysterone behaves similarly to testosterone. However, there is no evidence that it works like the hormone in the human body. This research is what sets apart ecdysterone from other workout supplements. Many of the popular supplements used have adverse effects on a body’s hormone levels because of how similar they are to testosterone. As far as science has determined, ecdysterone isn’t as harmful to bodies as other steroids or supplements.

Ecdysterone supplements offer muscle growth, enhanced endurance, and greater strength with almost none of the typical side effects of other synthetic steroids. It also reduces unwanted fat in the body to help increase muscle mass while working out. Users noted that as they continued to use ecdysterone, they were able to increase the weight or reps on their exercises. 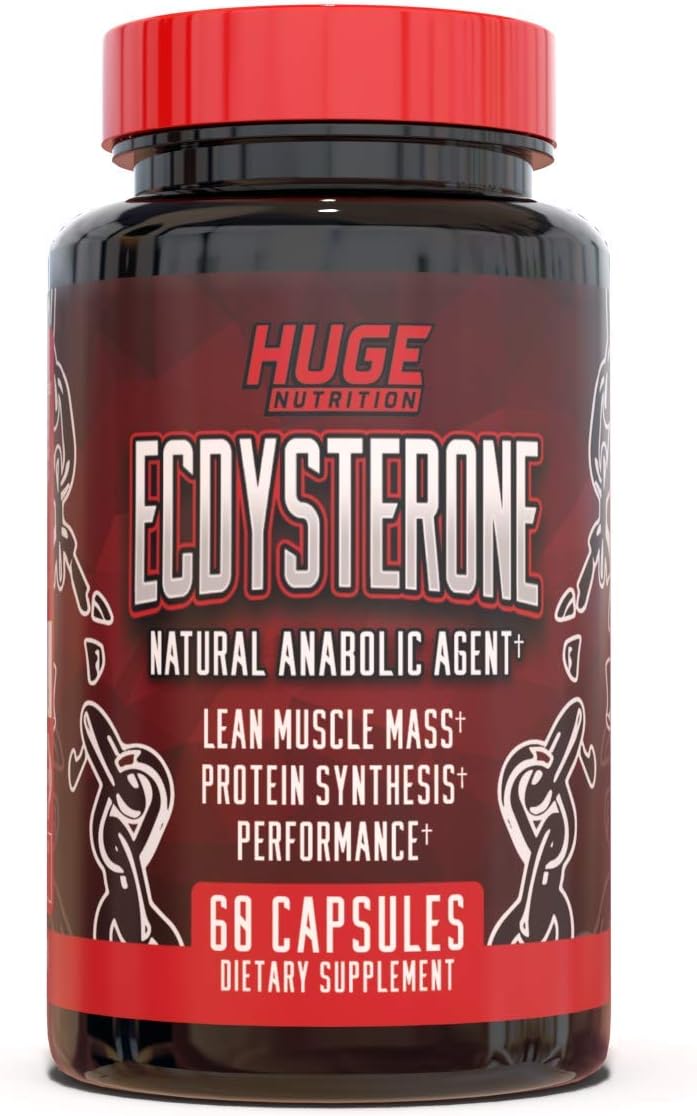 Ecdysterone works by attaching to the estrogen receptor. It then triggers your metabolism, angiogenesis (the formation of new blood vessels), and cell proliferation (an increase in the number of cells). These results are ideal for athletes and weight lifters because they speed up recovery time after working out and build muscle mass faster. This supplement can also noticeably enhance performance during a game or exercise session.

This supplement also has other medicinal benefits that may occur when using it. These benefits have been found in animal studies, so it has not been proven to have the same effect on humans. Ecdysterone can improve heart and lung function, immune function, CNS (central nervous system), and aid antioxidant systems.

Athletes and weightlifters who use Huge ecdysterone have seen fantastic results in shaving off unwanted fat, building lean muscle mass, and increasing their endurance during workouts. This natural steroid is not found to produce harmful side effects often paired with synthetic steroids. It does not raise blood pressure and has significantly low toxicity rates compared to similar products.

It can be used as a pre-workout and/or post-workout supplement. Ecdysterone is said to reduce fatigue during a workout and increase general endurance. Post-workout use helps shorten recovery time and build new muscle quickly.

This supplement also has science backing it as a valid method of gaining muscle and improving your workout regime. A 10-week study completed in 2019 strongly suggests that ecdysterone significantly affects users’ muscle gain, fat loss, and endurance. There were no changes or negative impacts on the users’ bodies during the trial.

It’s relatively easy to find on the market as well. Huge Supplement’s ecdysterone is one of the most popular brands. This is because they use a pure form of ecdysterone, which provides the best results the fastest.

Here’s a quick summary of the pros:

In general, there is always a risk when using a workout supplement like this. There is still little human-based research about ecdysterone in the medical field compared to other supplements and hormones. This lack of research means that even though we don’t see any risks currently in using ecdysterone, it doesn’t mean they don’t exist.

While there are plenty of users who express positive results after using ecdysterone, there are others who state they did not see the same results. Some buyers noted that to see the results marketed, you must use a much higher dose than the instructions suggest. This can lead to an expensive hobby, as each bottle of Huge Ecdysterone is priced at just under $60 and lasts a month when used as directed.

Ecdysterone on its own will not get you ripped. Like all other supplements and vitamins, this product will only work if you work harder.

Here’s a quick summary of the cons:

The ecdysterone supplements on the market are widely plant-based and are available in pure forms or combined with additional ingredients. Some common plants that produce ecdysteroids are spinach, asparagus, and quinoa. They’re also found in lesser-known plants like Maral Root, Ox knee, and Brazilian Ginseng.

Most pre-workout powders and other weight-lifting supplements contain ingredients that don’t help you gain muscle. The top 5 ingredients used in pre-workout are caffeine, beta-alanine, branched-chain amino acids, creatine, and B vitamins. Most of these ingredients are used to boost your energy and reduce fatigue before a workout, not for muscle mass results.

Some of the above ingredients may be more effective when used on their own and in higher dosages, such as creatine and beta-alanine. As with ecdysterone, these supplements only provide results when paired with a workout routine and strict diet.

Huge Ecdysterone makes their supplement with ecdysterone hydroxypropyl B and cyclodextrin. Cyclodextrins are sugar molecules that help your body absorb the supplement rapidly, allowing the ecdysterone to take effect quicker.

Each capsule has 1000mg of the ecdysterone and cyclodextrin mixture. Other ingredients include gelatin for the capsules, rice flour, silicon dioxide, and magnesium stearate. 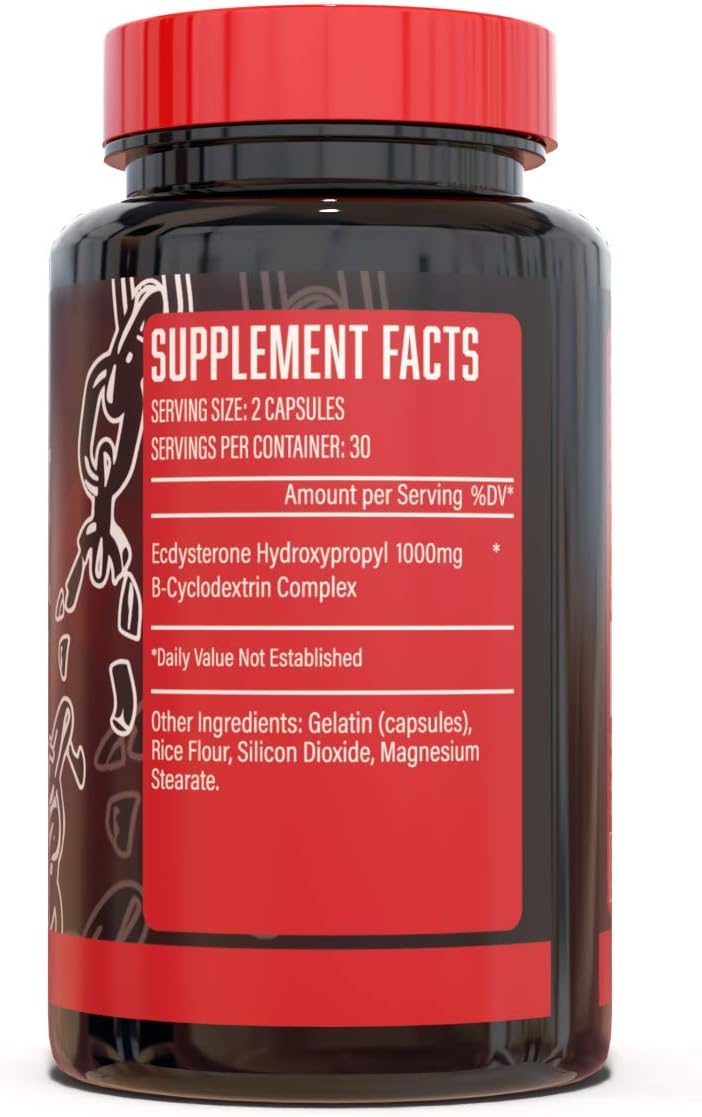 How To Use Huge Ecdysterone

For the purpose of this Huge Ecdysterone review, we will base the instructions on the directions on the bottle. They instruct users to take two capsules in the morning with 8-12 oz of water. However, avid users of this product recommend taking two pills after working out for the best results concerning muscle gain. Ecdysterone enhances the user’s endurance for a workout and muscle mass post-workout. Depending on your goals, you can take the supplement before or after exercising.

Ecdysterone can be stacked with other traditional supplements like whey protein, creatine, and pre-workouts. Huge Supplements suggests pairing ecdysterone with their sapogenix supplements for ultimate results. Athletes have also paired this supplement with testosterone boosters like Maca root, HMB, Colostrum, and L-Leucine.

Huge Supplements advises using this supplement for 4 to 8 weeks, depending on your goals. You do not need post-cycle therapy after completing a cycle. Post-cycle therapy is used when athletes consume supplements or steroids that heavily affect their hormone levels. Using steroids in cycles is suggested to prevent any long-lasting hormonal side effects. Taking time away from using steroids allows your body to regulate its hormone production again.

Since we assume ecdysterone doesn’t affect testosterone levels in humans as other supplements do, post-cycle therapy isn’t necessary.

If you’re planning on using ecdysterone, remember that it will only work with a proper workout regime and diet. It is a natural enhancer, not a miracle supplement.

Ecdysterone should not be used by those who are pregnant or nursing and is suggested for persons over 18. If you have any preexisting medical conditions, it’s best to check with your doctor before using this supplement. 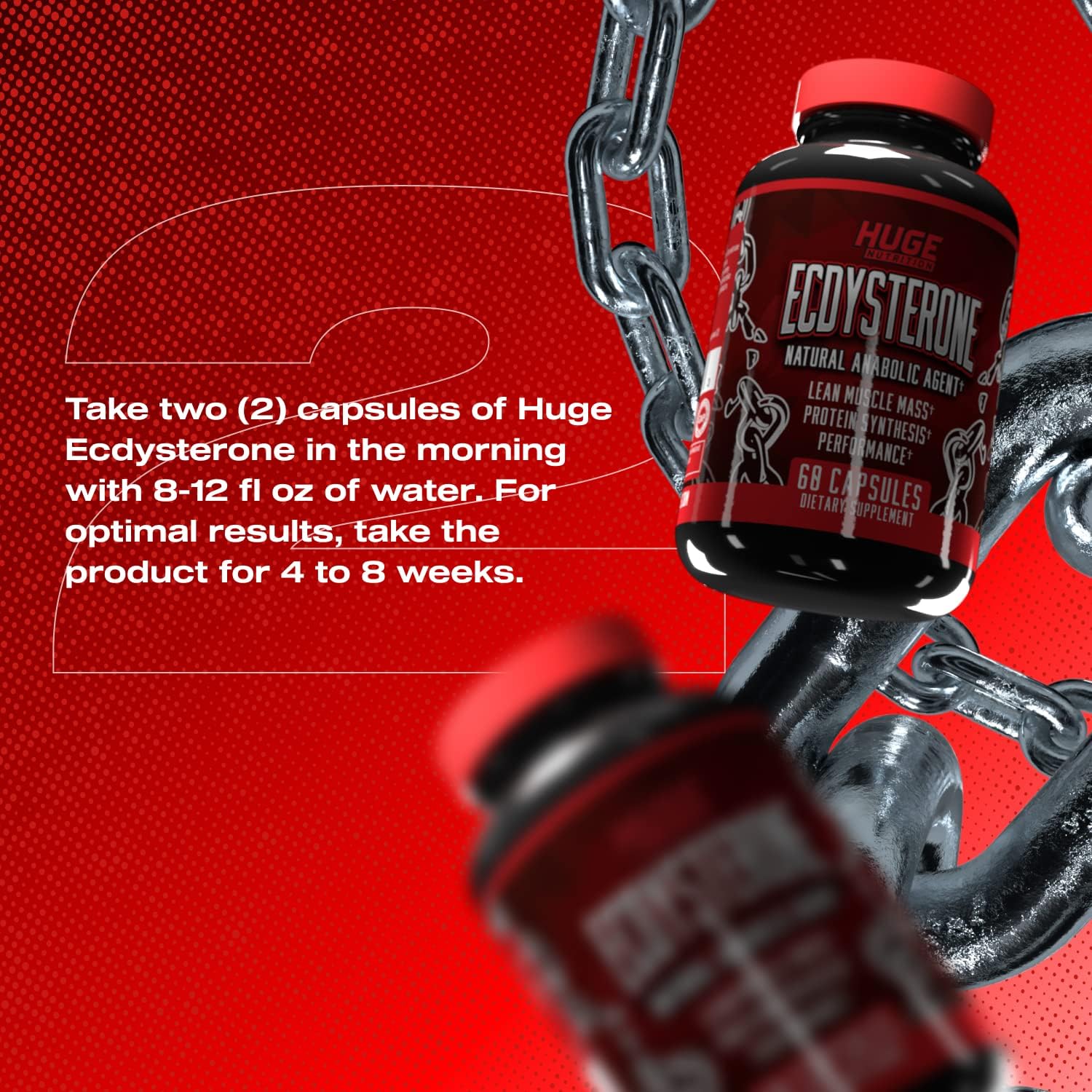 Who Is Huge Ecdysterone For?

The typical users of Huge Ecdysterone are weightlifters and athletes. It’s a popular supplement for new weightlifters looking for a way to enhance their workouts safely. It can give weightlifters the visual results they have been trying to achieve without harming them long-term. Ecdysterone is the supplement of choice for weightlifters wanting to cut excess fat and build muscle but who are not looking to be professional bodybuilders.

Athletes may also be drawn to using Huge Ecdysterone supplements before games or events. Ecdysterone is known for boosting endurance and speeding up recovery time. Ecdysterone takes time to show results, so it is suggested that athletes use the supplement during workouts before the big game day for the best results.

Interestingly, ecdysterone was used by Russian athletes for years as a performance booster during national and worldwide athletic events. Since its increase in popularity, sports organizations everywhere have kept an eye on this supplement to monitor patterns and avoid misuse. At the beginning of 2020, the WADA (World Anti-Doping Agency) officially included ecdysterone in their Monitoring Program.

Ecdysterone is available to anyone interested in enhancing their workout routine. New users should monitor their dosage closely at first. Athletes may take dosages between 500-2,000 mg daily – this is because their bodies are familiar with vigorous exercise and other supplements.

Ecdysterone is a supplement growing in popularity for a good reason. It can boost metabolism, muscle gain, and endurance without subjecting the user to adverse side effects like other supplements. The enhancer allows vegan athletes to become naturally stimulated. It’s important to remember that there is still little human-based research on ecdysterone. Hopefully, this Huge Ecdysterone review helped explain the benefits of the supplement so you can optimize your vegan strength training regime. If you’re going to use it, be sure to follow the instructions before changing the dosage. 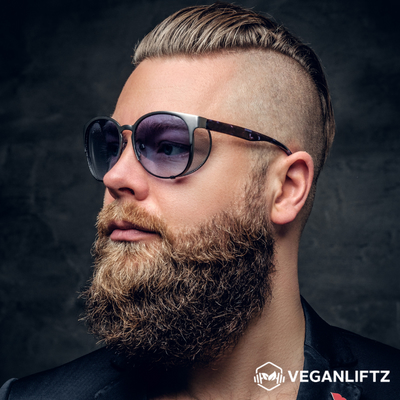 BH will

@BHwill11
Read More
I had my doubts but this stufff actually works! Lets see how long I'll keep ,making gains! 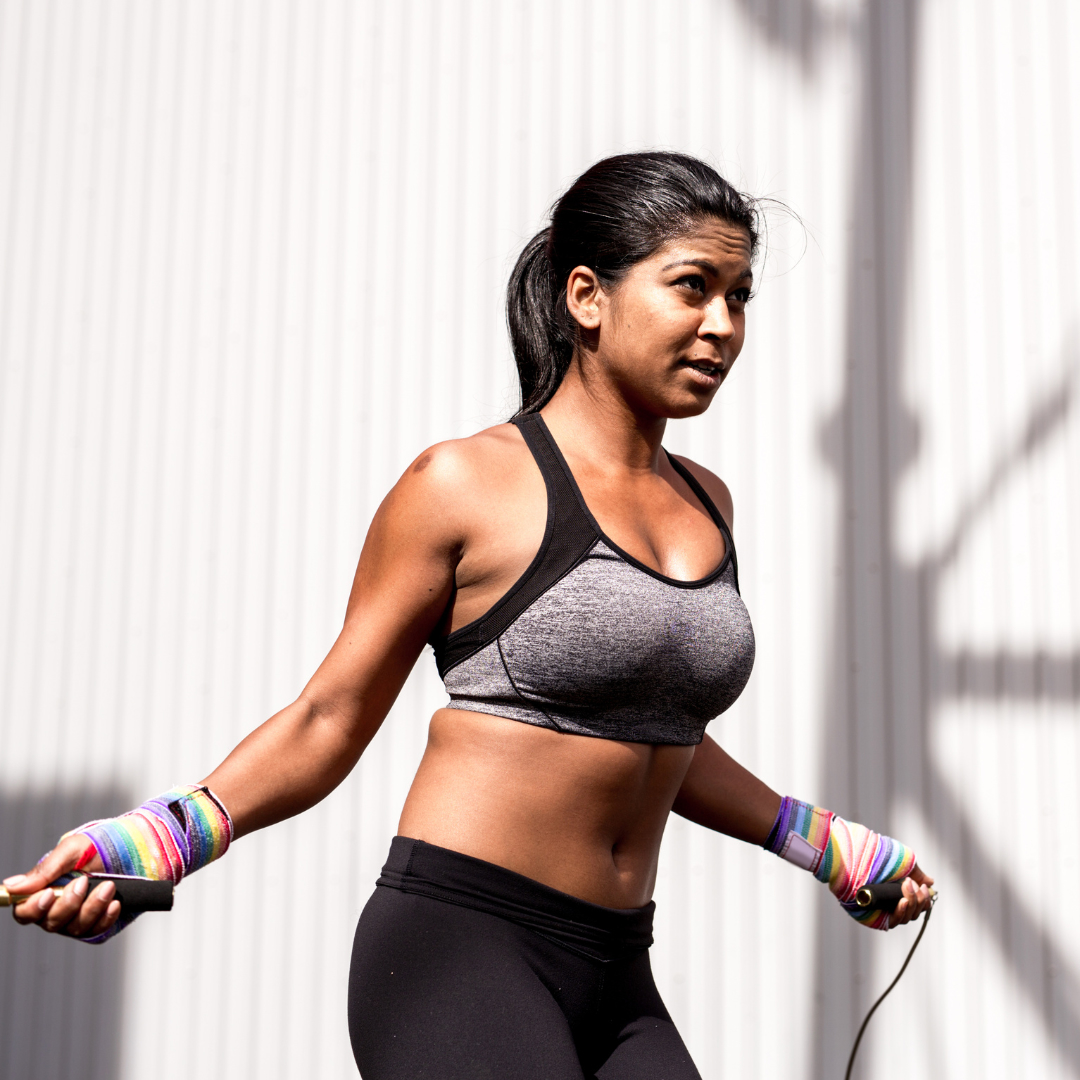 dabron@dabronball
Read More
look...if you want to get bigger take it! this shit is for real, it works...i dont care why!
Previous
Next 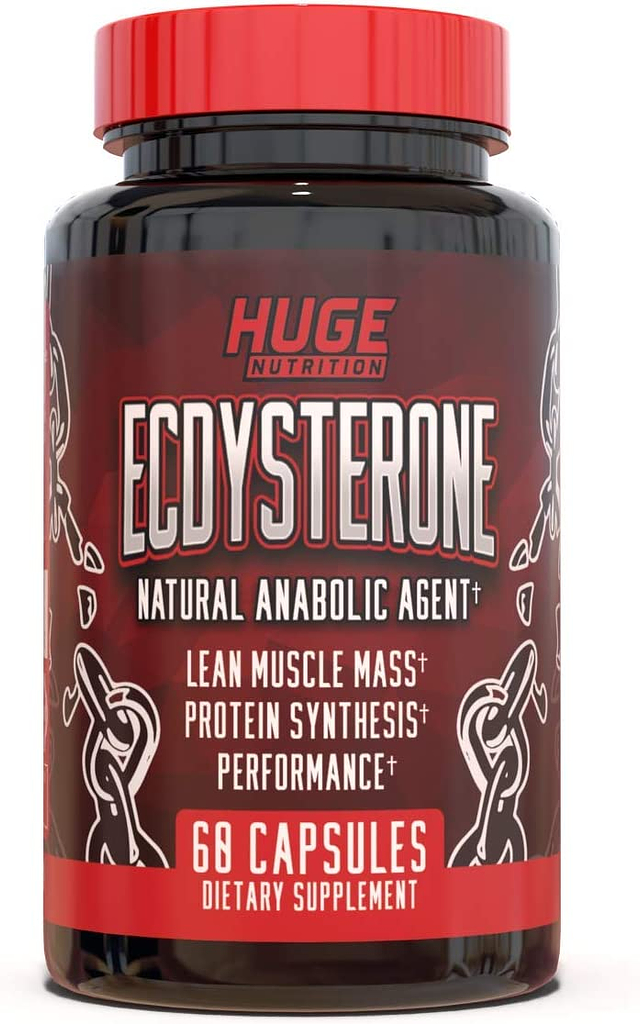 0
out of 10
Shop Huge Nutrition