Can you imagine a blood soaked butcher transforming into an outspoken vegan and making a career out of it?

A person who is struggling with serious mental illness, bipolar disorder, and ADHD learning disability becoming a fitness celebrity?

Or maybe someone who was a pure carnivore becoming a plant based diet and vegan lifestyle promoter?

Yes, we are talking about a real person, Fraser Bayley, a vegan bodybuilder whose life change stunned the world.

Table of Contents
Who is Fraser Bayley? Why Did He Choose Veganism? Frazer Bailey Workout Plan
1. Full Body Circuit 2. Kettlebell Circuit
Fraser About His Diet Challenges Fraser Bayley’s Lessons for Generations to Come

Who is Fraser Bayley? 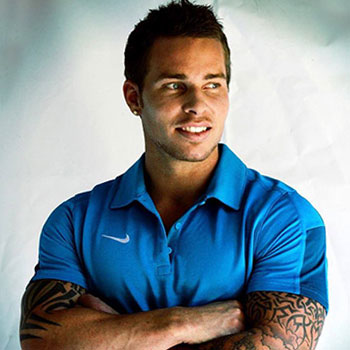 Fraser Bayley is a passionate vegan advocate, online strength and nutrition coach, and founder of a vegan health and fitness brand called Evolving Alpha, alongside with his spouse Lauren.

Before turning to a vegan diet he suffered from a wide array of mental illnesses, ranging from bi-polar disorder and ADHD, to severe social anxiety.

And somehow, against all odds, he managed to emerge out of all that mess as a plant strong athlete.

As of July, the Evolving Alpha chapter of his life came to an end, and Bayley is now focusing on his family, kid, and new ways to improve himself.

Why Did He Choose Veganism?

Trust him, it was not easy at all.

First, he had to overcome drug and alcohol abuse. Second, before turning to plant based food only he was a cog in the meat industry machinery and knowing what he does now could possibly convert some of the most stubborn carnivores.

It took him some time after leaving his job of a butcher to realise there is another way to stay fit, healthy and strong. Transition from a meat eater to a full plant based diet vegan took him about 4 years.

According to his own words, he was practically addicted to meat, consuming it in far larger quantities than a regular person.

But the change didn’t occur overnight.

He already knew firsthand how detrimental the meat industry is for his body, so he started to slowly avoid pork and veil. It was the chicken that was the most problematic and he used to eat 3 to 4 chicken breasts every day.

He and his wife had very different ways transitioning to plant based foods. He did it in several long steps, finally ditching chicken and then turning his attention to the last culprit - the eggs.

He claims that from that day on he feels great, he’s full of strength and not to mention, a regular guest on different podcast shows [1].

To learn more about his amazing story, watch this video to see how he went from butcher to outspoken vegan: 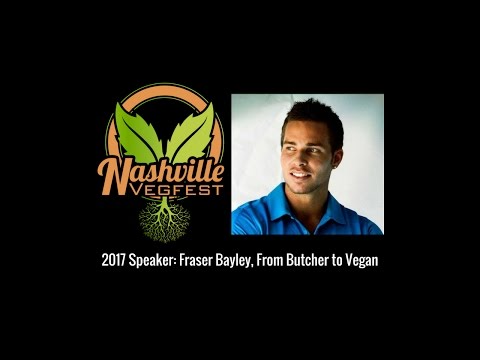 Other Vegan Transformation Stories Worth Reading:

Times when he stayed in the gym for hours and handled 405lbs deadlift in 100 repetitions are now over for this New Zealand born bodybuilder.

Fraser Bayley is currently devoted to his family and traveling across the USA in their RV.

While exploring the country, his body and muscle tissue are not on what you and I would call a vacation. Fraser Bayley made a plant strong program while on the move. 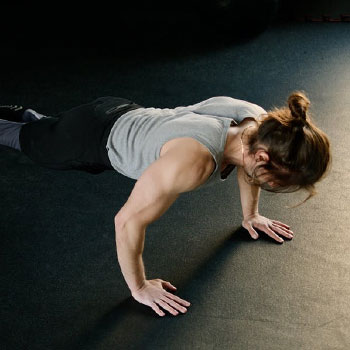 Set your phone timer for 10 minutes and try to complete the full circuit. Rest when you need to, but the goal is to move from one exercise to the next without stopping.

If you have a kettlebell on hand, give this circuit a try. Feel free to use a dumbbell or a household object as a kettlebell––whatever you have around.

Same as the drill above, set your timer for 10 minutes and try to get through the full circuit with as little rest between exercises as possible

Start with one run through if you’re a beginner, or add more circuits with a short rest between each one if you’re looking for a bigger challenge.

Fraser About His Diet 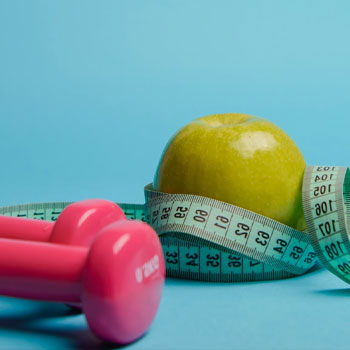 This is our number one thing to focus on, says Fraser. He adopted a palio type of diet and advises all of us to avoid caffeine and especially processed foods at all costs.

You don’t have to be a five star Micheline chef to gain muscle mass and burn fat by having a plant based diet.

This is what fitness guru recommends:

As he wrote numerous times, your biggest challenge is none other than yourself.

Veganism and fitness are not mutually exclusive but vegan nutrition and decent protein intake demand full devotion in order to gain strength and overall results.

Start today, share your troubles and doubts with people you love, and never, ever give up. If he could do it, so can you.

For those who are interested in a vegan bodybuilding lifestyle, check out these articles:

Vegan lifestyle can change your life and bring you some long term health benefits, as shown by this motivated, fat burning Kiwi.

It is absolutely possible to be like Fraser, both vegan and a healthy gym goer. If you want to improve your health you will still have to make some serious decisions and stick to them.

Find motivation wherever you can. Turn your training into a celebration, not a tedious obligation. Most importantly, bear in mind what Fraser said so many times: vegan food is not expensive, it is readily available and with some effort it can taste like a dream.