Is CeraVe A Vegan Company?

The products contain three essential ceramides to help your skin restore its protective barrier, no matter what type of skin you have.

I know it works because I’ve tried it myself, and it was a staple of mine for a long time. CeraVe works even if you have acne, psoriasis, eczema, dry skin, and/or sensitive skin.

This brand does a whole range of products that are adapted to anybody and are gentle on the skin. But if you’re vegan, you might wonder if CeraVe is a vegan company and if it’s cruelty-free.

That’s what we reveal to you in this article, so you can decide if you want to test this brand out or just skip it altogether.

Table of Contents
Is CeraVe Cruelty-Free? Is CeraVe Vegan? About CeraVe What’s The Difference Between Cruelty-Free And Vegan? What About The Parent Company That Tests On Animals? Vegan and Cruelty-Free Alternatives to CeraVe Conclusion 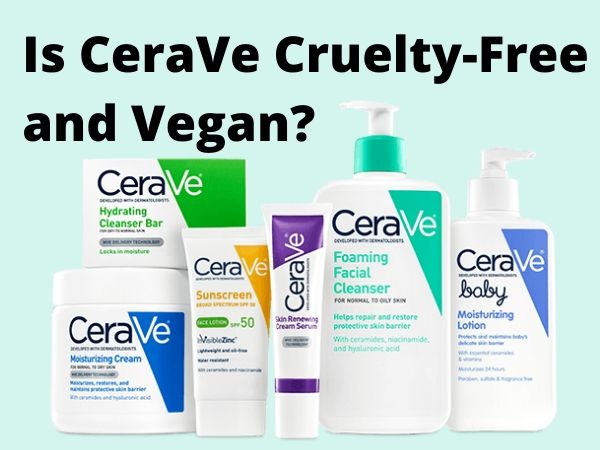 The first question you might have about CeraVe is if it’s a cruelty-free company. And unfortunately, CeraVe products are not cruelty-free, and they might even be tested on animals.

On their website, CeraVe claims that they are, in fact,cruelty-free and that they don’t test their products on animals.

However, since this brand isn’t certified by any cruelty-free organizations such as Peta or Leaping Bunny, there is no way to tell if the products are actually cruelty-free.

Also, CeraVe sells in countries like China, where beauty products legally have to be tested on animals before you can sell them.

It’s also very difficult in general to tell if a brand is cruelty-free because there is no legal definition of this term. So any brand could technically say that their products are cruelty-free and still test on animals. They legally wouldn’t be liable.

So CeraVe could directly test on animals, or through their suppliers, or through a third party like its parent company, L’Oréal. 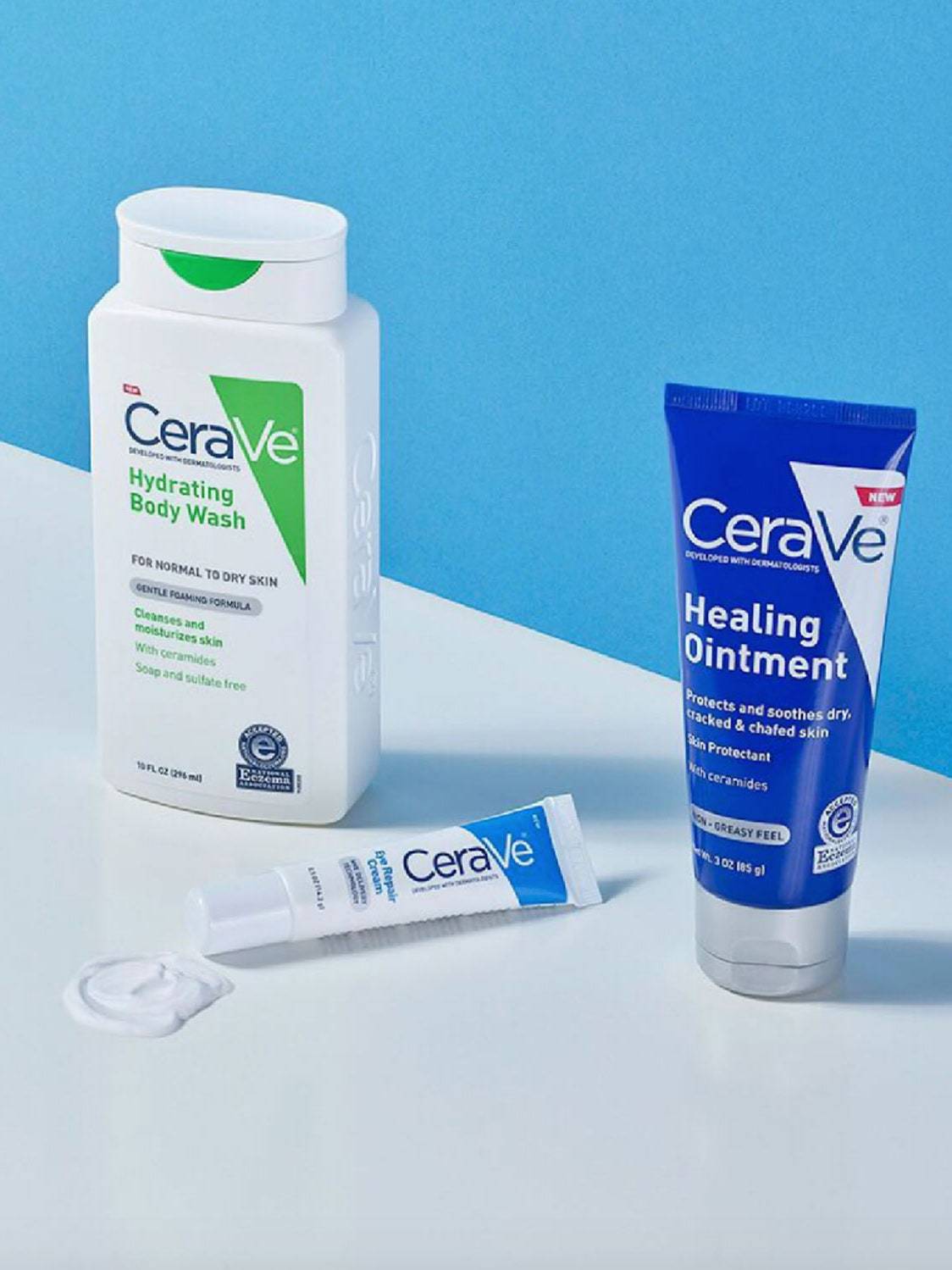 CeraVe as a brand is not vegan, but some of the brand’s products are. Since it’s not 100% vegan all over the world, it’s not considered a vegan brand.

However, CeraVe is a vegan-friendly brand since they sell vegan-friendly products in more than 30 countries all over the world. Unfortunately, there are some products from the brand which are sold in the US and Canada, that are not vegan-friendly.

So the products of Cerave are never 100% vegan, even if most of them are vegan-friendly.

In fact, there’s only one country in the world where the CeraVe products are all 100% vegan, and that’s the United Kingdom. That’s because the ingredients for the UK range are all plant-based instead of animal-based.

But otherwise, in other countries, the brand is not totally vegan. It’s not even considered vegetarian since some products have glycerin and cholesterol, which come from animal fats. So it can be a bit confusing to understand at first.

As an example, they use animal by-products in their skincare products in other countries. CeraVe uses beeswax and lanolin, for example, which are not vegan-friendly. There’s also glycerin, which can be animal-derived. However, if CeraVe uses vegetable glycerin, then it’s suitable for vegans.

CeraVe is a skincare brand created by dermatologists in 2005. So you know that the products work and are gentle on your skin. The products repair the skin’s natural barrier and also strengthen the skin. Also, they have a product for each skin type and problem.

A fan’s favorite is the moisturizer, which has a really great quality and is also affordable. Plus, since it was created in collaboration with dermatologists, you know it’s actually good for your skin. In fact, their moisturizer is the number one dermatologist-recommended moisturizer.

The brand uses three essential ceramides, fatty acids, and cholesterol that help to restore your skin’s natural barrier function progressively over time. The skin is repaired thanks to an MVE technology (Multivesicular Emulsion).

A lot of people rave about the products. Another great thing about them is that they’re really affordable. You can find CeraVe products in drugstores, so you know they are budget-friendly.

In 2017, the brand was acquired by the L’Oréal group

What’s The Difference Between Cruelty-Free And Vegan? 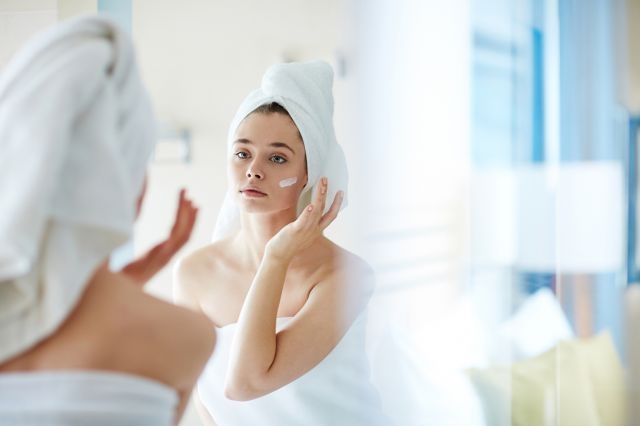 Cruelty-free products mean that they aren’t tested on animals, so there’s no animal cruelty.

Unfortunately, there is no legal definition for this term, which means that technically any company can say that their products are cruelty-free when they could be performing animal testing.

Luckily, there are some programs and organizations that certify the companies and products that are cruelty-free, aka that perform no animal testing. The most well-known are PETA and Leaping Bunny.

If you see their logo on a product, that means that the product is cruelty-free, as it passed the standards of cruelty-free organizations.

As far as defining vegan products is concerned, they are products that contain no animal traces or by-products. These can include food products, beauty products, clothing, and many more.

Also, veganism is so much more than not consuming animals or animal by-products. It’s a lifestyle, and it comes with a whole set of ethics. This means that most vegan products are cruelty-free. But all cruelty-free products are not necessarily vegan or even vegetarian.

That’s because CeraVe probably does animal testing since its parent company is L’Oréal, and since it sells its products in China and other countries where animal testing is required by law.

Also, apparently, CeraVe didn’t seek any cruelty-free certification, which can be another hint that the brand is not cruelty-free.

Cerave isn’t Leaping Bunny certified either, unfortunately, for the same reasons as above.

Once again, CeraVe didn’t seek out any cruelty-free certification.

What About The Parent Company That Tests On Animals? 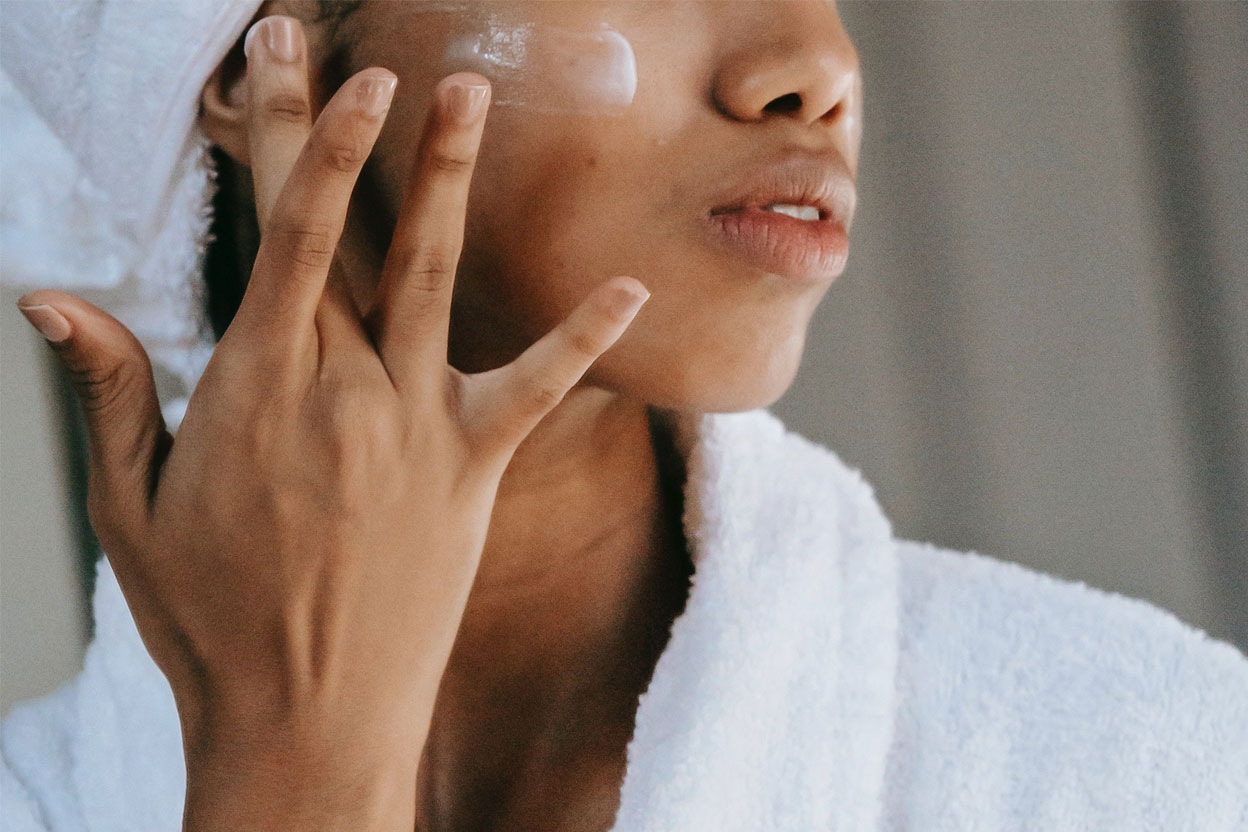 They say they don’t test on animals, but since they sell their products in China, they legally have to do animal testing, so they’re allowed to sell them.

CeraVe is owned by this infamous parent company and sells its products in China and other countries where animal testing is required by law.

China still allows animal testing and legally requires it for most cosmetic products, unfortunately. In fact, all the products that are made in China need to be animal tested.

To put it simply, if a beauty product is sold in China, it needs to be animal tested. Otherwise, it can’t be sold.

Even if the company doesn’t perform animal testing, they know that it’s happening.

But the good news is that as of 2021, China claims that it will allow imported beauty products.

And since CeraVe is not made in China but is imported, it could mean that the brand will hopefully be cruelty-free soon.

Is CeraVe Sold In Mainland China?

Yes, CeraVe is sold in mainland China. That means that legally the products need to be animal tested. Otherwise, the company can’t sell its products in China.

However, CeraVe is not manufactured in China, but their products are imported and sold in China, where they have to get animal-tested legally.

CeraVe is also sold in Brazil, where animal testing is required as well.

The brand is available in many countries due to its popularity, but unfortunately, that means that they can’t choose not to animal test. Of course, they could choose not to sell their products in these countries, but the parent company, L’Oréal, decided to sell anyways.

“Made in China” Doesn’t Mean It Is Tested on Animals

However, “made in China” products don’t necessarily mean that they need to be animal tested. Now, this might seem contradictory to what we’ve just told you. That’s because it’s really complicated and the laws change all the time.

Vegan and Cruelty-Free Alternatives to CeraVe

If you don’t live in the UK, where CeraVe is 100% vegan, and you want to make sure that the brand you buy from is cruelty-free, there are plenty of alternatives out there. Don’t worry.

Here are some skincare brands you can try that are both vegan and cruelty-free: The Ordinary, Krave Beauty, Youth To The People, Tatcha, Acure, 100% pure, Skyn Iceland, Pacifica, and Paula’s choice.

If you want vegan and cruelty-free alternatives for specific products from CeraVe, we have some dupes for you too.

Alternative To The Cerave Moisturizing Cream

This is a cult favorite for many people, but you can try a dupe since the brand is not vegan or cruelty-free.

The Ceramedx ultra-moisturizing cream uses natural oils such as apricot oil, nut oil, and almond oil. Just like the CeraVe moisturizer, it protects and heals the skin’s natural barrier. It’s also good for when the weather is colder, as it’s very nourishing and soothing.

Although it’s nourishing, it won’t clog your pores.

If you want to find an alternative to the CeraVe hydrating facial cleanser, which is great for dry and dehydrated skin, try the Derma E sensitive skin cleanser.

It’s a great moisturizing cleanser, which is very suitable for sensitive skin and is free from a lot of chemicals that could cause a reaction on the skin.

Try the Pacifica youth day and night face cream if you want an alternative to the CeraVe PM facial moisturizing lotion. It also has a bit of SPF in it and is filled with antioxidants and amino acids.

A good alternative for this product is the Alba Botanica’s facial sunscreen SPF 30.

CeraVe is unfortunately not a vegan or cruelty-free brand.

However, by the end of this year, they aim to be 90% vegan. Also, if you buy CeraVe products in the UK, they’re 100% vegan because they use all plant-based ingredients, instead of using animal by-products like in the US or in Canada.

The brand is not cruelty-free certified by either PETA or the Leaping Bunny. Also, since CeraVe is sold in China and is imported there, it means that there is animal testing going on in China on their products.

So their products are definitely not cruelty-free if you buy them in China, and not everybody wants to endorse a company that allows animal testing, and whose parent company is L’Oréal.

Luckily, there are plenty of vegan and cruelty-free alternatives out there!