Are Skittles Vegan?
Everything You Need to Know

Ah, Skittles. These colorful, chewy little candies have been a favorite candy of both kids and adults for the longest time. With many people switching to veganism and trying to live consciously, a serious question arises: Are Skittles vegan?

I’ve done in-depth research, so keep scrolling to find out!

Table of Contents
Can Vegans Eat Skittles? Ingredients List What Could Make Them Not Vegan? Vegan Skittles Flavors Why You Should Avoid Them?
3 Controversial Ingredients
Are Skittles Vegan? The Final Verdict

Yes, vegans can eat Skittles. Just remember that even though they’re vegan, they aren’t the healthiest candy.

Skittles are incredibly high in calories and contain a lot of artificial ingredients. Furthermore, palm oil just adds up to the calories. So, if you’ve switched to veganism for its health benefits, you might want to reconsider your snacking choices. 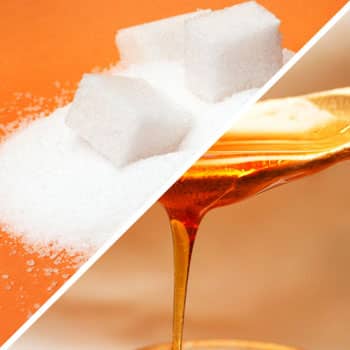 What Could Make Them Not Vegan?

Skittles have made a couple of changes in their formula over the years. This is the main reason there’s confusion about whether skittles are vegan. Let’s see what could make them not vegan-friendly.

As you might know, Skittle originated from the UK. Those Skittles include an ambiguously named ingredient — E120. Vegans should be worried about this one, as this is the industry code for carmine.

If you've never heard about this ingredient (which I doubt) it's a red dye extracted from crushed female cochineal insects [1]. To put it simply — it’s bug juice!

Luckily, Skittles from the UK don’t include this ingredient anymore, but many other foods have it, so be careful when reading food labels.

The original Skittles formula also included gelatine, which is also not vegan-friendly, as it’s made from boiling animals’ bones, cartilage, and skin. Skittles was not suitable for vegans, vegetarians, and kosher people until 2009 when it was banned in the US.

Skittles may not be using animal-derived additives, but this doesn’t mean all flavors are suitable for vegans.

Why You Should Avoid Them?

Even though Skittles are vegan, there are other reasons to avoid them.

Skittles' parent company Mars, Inc. Is known for testing its products on animals. The company states that:

“In the day-to-day development of our chocolate, gum and confection, food, drinks, and pet care products we do not undertake, support or sponsor studies that harm animals. This represents the vast majority of our activities and products.”

Either way, you wouldn’t want to support a company that supports animal testing and cruelty.

The company may no longer use animal products, but they use some controversial ingredients.

1. The Problem with Sugar

White sugar is often processed with bone char [2]. As this is the first ingredient in every Skittles flavor, there’s a possibility it’s not vegan.

Palm oil is even more problematic than sugar. The ingredient is vegan, but many vegans avoid it because of its horrific environmental impact.

“Natural and artificial ingredients” is a very vague term. These ingredients can be vegan, but they could also accidentally be non-vegan, as the company doesn’t disclose whether they’re plant-based.

Are Skittles Vegan? The Final Verdict

Yes, Skittles are vegan. But, do you really want to "taste the rainbow?" More like "taste the toxins."

Honestly, I wouldn't recommend anyone buying from a company that supports animal testing and environmental destruction. Choose the food you consume wisely!